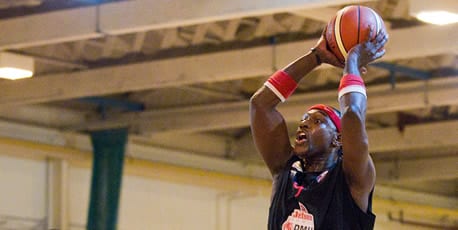 Youngblood, 42, played for London Leopards and London Towers before moving to MK for his first spell at the club in 2005. He left the club midway through last season to join the Riders, but left earlier this campaign.

Lions Head Coach Mike New said: “You cannot quantify all the little things Robert brings to the table, if we aim to finish in the top four then he is vital to those plans”, he added “ I am excited by our team this season, we have started to show glimpses of how good we can be, with ‘Blood in the side I think we will address some of our lapses in games, the team will enjoy playing with him”.

Youngblood could make his second Lions debut against former club Leicester on Saturday. His first home game back for the Lions is likely to be against Durham on January 27th.