Worcester are set to lose the second American star of their 2011/12 season, with Tommy Freeman likely to leave the club. 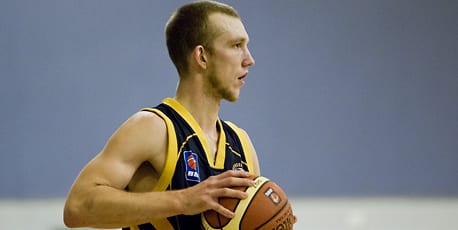 Worcester are set to lose the second American star of their 2011/12 season, with Tommy Freeman likely to leave the club.

Freeman, 23, was a key figure in their best-ever BBL campaign, which saw them finish third in the championship.

The February player of the month averaged nearly 20 points per game during the season, with a most memorable performance against Newcastle Eagles early in the New Year.

Wolves Director of Basketball Paul James told the Worcester News: “Tommy had an outstanding season for the Wolves. He made the BBL team of the week on multiple occasions and was then named as the best player in the entire league for February.

“To come straight out of college and make such an impact was quite an achievement and he has naturally attracted a lot of interest from other clubs.”

Worcester have already lost American forward/centre Richie Gordon, who has penned a deal with Swiss side Lugano Tigers for next season.

Freeman’s expected exit will leave James with two pairs of big boots to fill, although the Wolves have been able to retain the services of American point-guard Sherrad Prezzie-Blue, Spanish forward Carlos Fernandez and Lithuanian centre Arnas Kazlauskas.

USA too strong for Team GB
Olympics: Group A Preview