Leicester guard Bradd Wierzbicki reckons their depth will be key as they face back-to-back BBL championship games against Glasgow and Cheshire at the weekend. 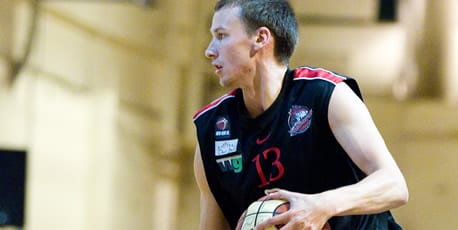 Leicester guard Bradd Wierzbicki reckons their depth will be key as they face back-to-back BBL championship games against Glasgow and Cheshire at the weekend.

Both of their opponents this weekend are out of sorts at the moment, while the Riders will be keen not to lose any more ground on the league leaders.

Wierzbicki said: “They are a team that we’re very familiar with, and they’re another side who are often winning late in the game but for whatever reason they’ve been unable to get it done. They’re a very good team, Schneck is back for them and we need to contain him down low, while Adam Brown at the top is someone we have to stop.
“We need to push the ball and with the depth we’ve got we should be able to be fresh in the fourth quarter for a final push.”

It will be the third meeting between the teams this season, with Riders having come on top on both occasions. They won 80-59 in the Championship in October, while their BBL Cup trip to Northgate Arena saw them win 95-74 a month later.