Tigers know what to expect at Worcester

They’ve already been handed two pastings by Worcester this season, and Mersey coach Tony Garbelotto will be hoping to avoid a third on Saturday night. 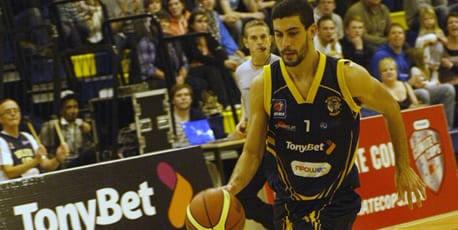 They’ve already been handed two pastings by Worcester this season, and Mersey coach Tony Garbelotto will be hoping to avoid a third on Saturday night.

The Wolves travelled to Merseyside on successive weeks last month and came away with comprehensive victories on both occasions during a run of eight straight wins, which has since been ended by consecutive defeats to Sheffield and Milton Keynes.

Garbelotto said: “Paul [James] has done a great job getting this team to play well together right from the start. There is no real star and they all play hard. We have been beaten badly the last two times we have played and so for us, we will simply be trying to be in the game going into the last five minutes.”

The Tigers play-caller has a good idea who his team will need to stop if they are to take the victory.

He added: “It’s tough to look past [Tommy] Freeman. I’m impressed not only with his shooting, but his movement without the ball and his defence. Carlos Fernandez does not get any real credit but he is the glue player that has taken them to this early season record.”

In contrast, Worcester coach Paul James must get his side fired up after they were beaten 99-82 in front of the SKY TV cameras against MK Lions on Tuesday, and ensure his men don’t complacent following their previous successes over last year’s champions.

He said: “We’ve played the Tigers twice and beaten them twice, but have had to work extremely hard to do so.

“Marlin Capers has recently joined them and given them a little more quality and Kris Douse has been consistent for them.”