In the seventh addition of our new feature, we look back at the last week in the BBL and bring you the best quotes. This week includes two BBL coaches unhappy with the current play-off format! 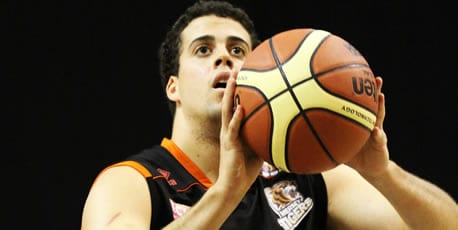 In the seventh addition of our new feature, we look back at the last week in the BBL and bring you the best quotes. This week includes two BBL coaches unhappy with the current play-off format!

This is now a regular feature on BBLFans, so let us know if you have heard some interesting thoughts from someone so they can feature here next time.

This week, there is praise for the Newcastle Eagles, Leicester Riders make history and Plymouth coach Gavin Love on how no-one likes the aggregate format of the play-offs!

“This season we have been up and down and very inconsistent. We just want to make sure we are playing the best ball we can play going into the play-offs. At this point it really doesn’t matter where we finish.” – Drew Lasker reflects on Guildford Heat’s season

“They have got this never say side attitude. They never think they are beaten and they play until the very end. It’s great to play games against them. They play the game in the right way and they deserve to be where they are.” – Worcester Wolves coach Paul James Newcastle Eagles for their BBL Championship win

“It comes back again to why the league doesn’t play the best of three. I think the league has to work harder to get there. I don’t think anyone likes the aggregate format. We’ve finished in the top four and we have no advantage whatsoever in the first round.” – Plymouth coach Gavin Love isn’t happy with the current BBL format

“They can put their names in the history books of Britain’s oldest club. For all of them, to be a part of that, to see that on their career resume would be nice. To be able to say that they were a member of a team that set that kind of record, it would be great.” – Leicester Riders coach Rob Paternostro discusses the team’s best BBL season in their history

“I wouldn’t want to say we’re hot and cold at the moment. We’ve been struggling with injuries. I think the balance we have in the team and the consistency we’ve had has been thrown off.” Plymouth’s Jamal Williams explains the team’s dip in form

“With the format the way it is you don’t get much of an advantage  as a high seed and it comes down to one big eighty minute game. For the lower seeds if you manage to knock out a top seed you still have toplay the next highest seed in the next round so it doesn’t make too much of a difference if you’re seeded five, six, seven or eight.” – Guildford Heat coach Creon Raftopoulos echoes the views of Gavin Love