The 10 youngest players in the British Basketball League 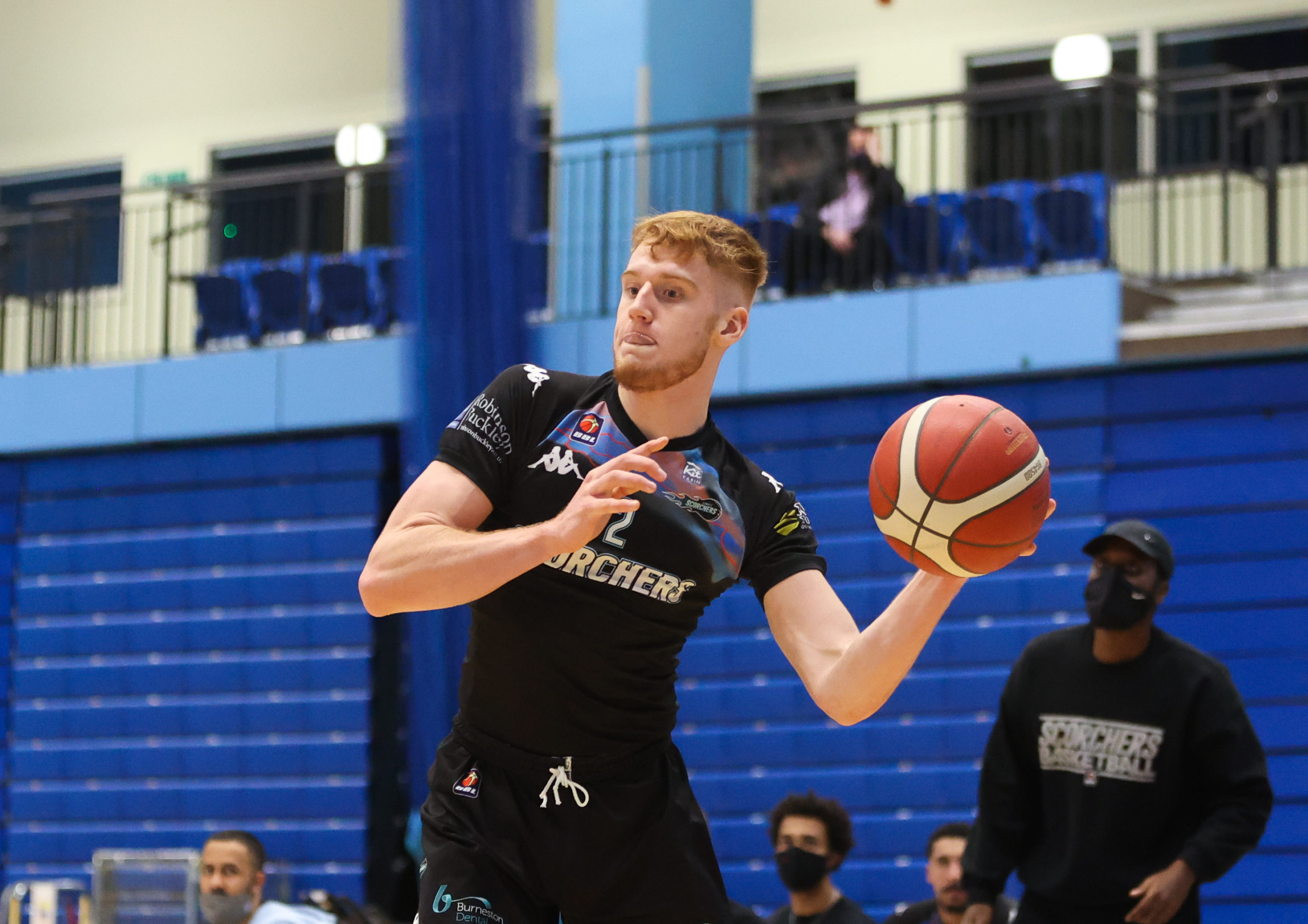 The Surrey Scorchers’ move to sign Cameron Hildreth this year was huge – not just because his fantastic talent and potential, but because there are three years that separate him and the next youngest player in the league. Could we see more US College hopefuls follow in Killa Cam’s footsteps and gain some senior experience in the BBL before moving across the Atlantic? Only time will tell, but with the league’s increasing reputation, it is quite a likely possibility. Here is the top 10 list for the youngest players active in the league:

American guard Brandon Anderson has become a key component in the Worcester Wolves team, dropping an average of 16 points, three rebounds and three assists over 13 games. At just 22-years-old, this season is Anderson’s first pro season after playing for the Brown Bears of Brown University in the Ivy League of NCAA Division I. The future is bright for the Wolves star who can shoot behind the arc, has an eye for a steal and is able to attack the rim effectively.

Brandon Anderson battles strong in the paint for an and-one opportunity!

After spending just two years in the US, British guard Johde Campbell returned to the UK last year to play ball in the NBL with Derby Trailblazers, impressing in his 20 games, scoring 13 points on average per game. This season, game time has been harder to come by, playing on average just 11 minutes per game – but what is impressive is the decrease in his average turnovers per game in his step-up season, averaging 0.2 compared to the 2.4 he averaged last season. There is still more to come from Campbell, but it is definitely refreshing to see more talent from the NBL reach the BBL and get to play in front of the TV cameras.

The Sharks close out the game as Campbell sinks the three off the screen!#BritishBasketballhttps://t.co/H6iCYpJHtd pic.twitter.com/xn1ABy2F8k

The second Wolves man in the list and it’s forward Daniel Johnson-Thompson who has had a very intriguing journey so far in his basketball career, having avoided the route to America and joining his current team while playing for the University of Worcester too. Game time has been even more difficult to get for the 22-year-old who has played just three games this season, but the Brit is still young and has plenty of basketball in his future, so it’s all about knuckling down, training hard and taking the opportunities when he gets them. 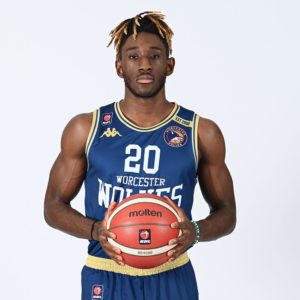 The first of the two Glasgow Rocks players on this list is 6ft3 guard Christian Keeling, a former Charleston Southern and North Carolina player who has made waves in his debut year in the BBL. Averaging over 15 points a game, ‘The Blue Collar Kid’ has been a force on offence for the Scottish team, while also proving his ability to make clutch and highlight plays – including a BBL Play of the Day block in the Rocks’ win over Cheshire Phoenix on Valentine’s Day. Hopefully we get to see plenty more of Keeling in the years to come!

It’s been a tough ride for Tola Okiki after his breakout season with the Plymouth Raiders where he featured in 30 games, but in the past two seasons he has played in just 21 games in total as of the day this article is published. There is plenty more basketball to come for the 23-year-old guard who has demonstrated what he is capable of so far this season, putting up five points, two rebounds and one steal against the London Lions in December. That was the most game time Okiki has played this season in one game, but if there is one thing you cannot do in sport, it is write off an athlete – and the Brit will be hoping to take his chances when he gets them to earn himself a more prominent place in a BBL roster. 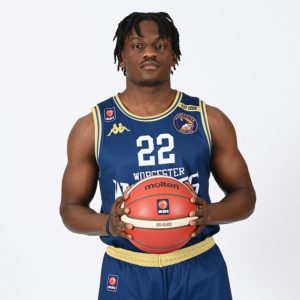 Sheffield Sharks wing Jordan Ratinho has been a standout player for the team in recent months, scoring an average of 12 points and five rebounds per game – and the former University of San Francisco baller has proven that he is far from just a role-player. The 22-year-old dropped a season-high of 20 points against Manchester Giants back in February, just one month after making the move to Sheffield where he seems like he has settled in well. The future is exciting for the Atiba Lyons’ team and Ratinho may just be at the heart of the starting five for seasons to come.

Ratinho with the three as the Sharks look for a way back into the game!

Surrey Scorchers’ second youngest player in their roster is Evan Walshe, a player who may have made the most impressive step-up to BBL action. After spending four seasons at Barry University playing in the NCAA DII, Walshe has returned to the UK to play ball and has become an important player in the Scorchers rotation. Having played in the NBL with Essex Leopards and EABL with Oaklands College and having also represented Great Britain at U20 level, Walshe has shown his ability from early and is now improving his game even more in the most elite basketball league in Britain. The 22-year-old has put up an average of around eight points per game in just under 17 minutes of action, but if given the opportunity to play more, don’t rule out this guy from dropping points everywhere!

Moving onto the guys born in 1999 now and we are starting off with the final Glasgow Rocks player on this list and it is David Mpondo, a 6ft5 French guard who has featured in the majority of the Scottish team’s games this season. An important part of the rotation, Mpondo has added just over six points per game as well as 2.5 rebounds and 1.5 assists, but despite those numbers Mpondo has shown he can carry the team in scoring when required – dropping season-highs of 16 points in both of his first two games for the Rocks. At just 21, the future is bright for this young man, and if he can become more consistent in scoring 10+ points per game, Mpondo may become one of the best guards in the league in the future should he choose to stay in the UK to play ball.

Manchester Giants guard Zack Powell is the other player on this list to have been born in 1999, but despite his young age this is his second year as a pro having signed for his team last season. Featuring all but three games this season, Powell has not had too much time on the court, but at the end of January he was trusted to play just under 35 minutes against rivals Cheshire Phoenix, managing nine points, eight rebounds and four assists, so the 21-year-old definitely has talent, and time will tell if he reaches his high potential. 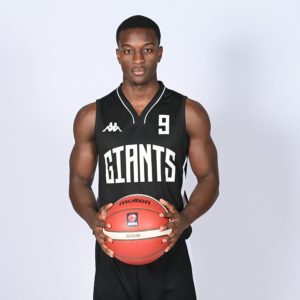 The youngest player in the league is of course 18-year-old Cam Hildreth, who will be heading to Wake Forest University at the end of the season to begin his college basketball adventure. After taking care of work in the NBL, Hildreth has been playing in the BBL since the start of February and has already made a last impression, scoring the game-winner in his first game with the Scorchers and making a number of incredible highlight plays. His average of ten points, just under five rebounds and just under three assists per game does not do his performances justice – but Hildreth is confident that there is far more to come. The ceiling is incredibly high for this young baller, and who knows, we could be watching the UK’s next NBA star until the end of the season!

Could Team Solent Kestrels step up and join the BBL?
Ten oldest players in the British Basketball League