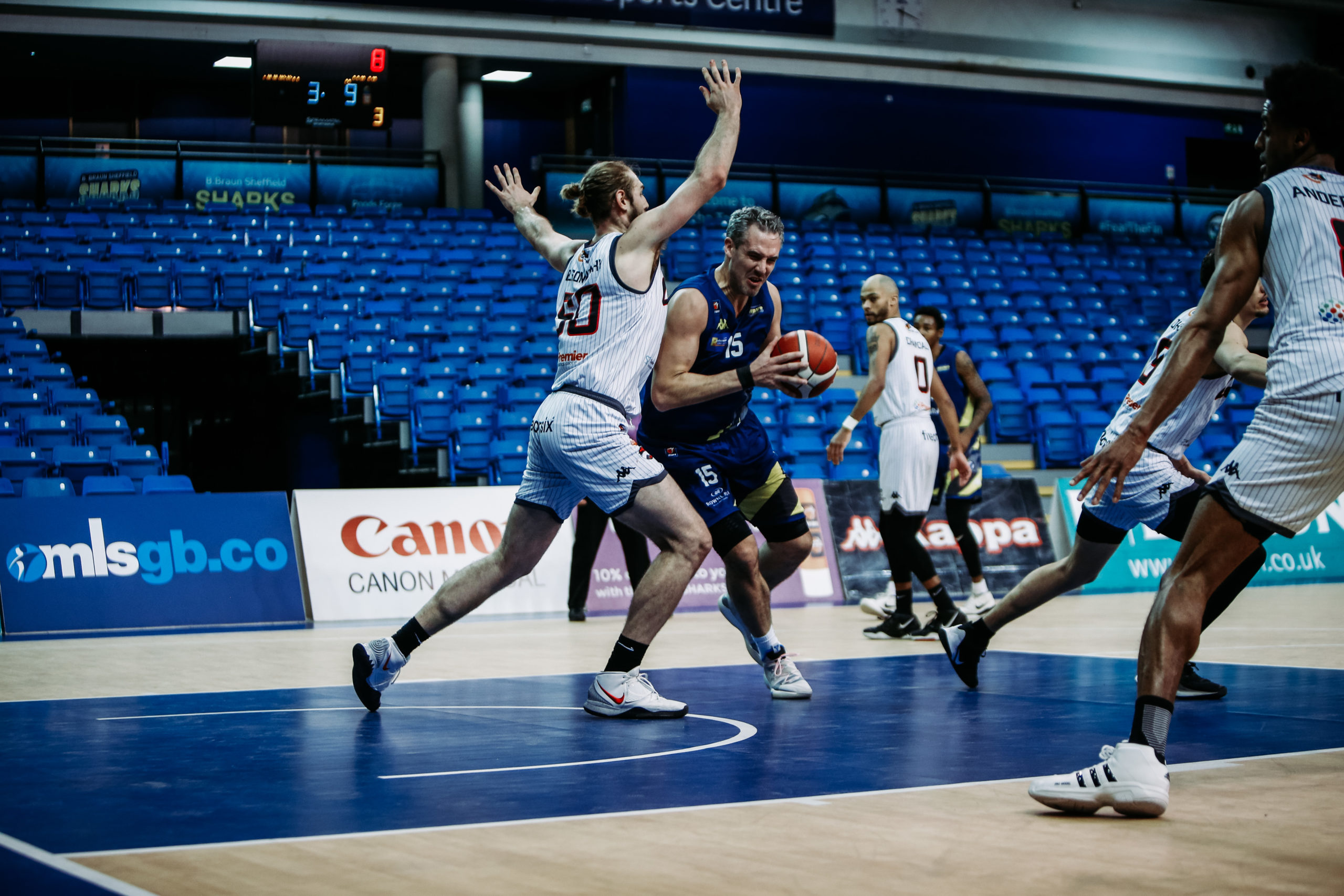 The British Basketball League is blessed to have some of the most experienced veterans in European basketball. Some of these guys on the list will go down as BBL legends and there is no argument against that, but for now, they are still offering plenty to their respective teams. Here is the top ten list for the oldest players in the BBL: 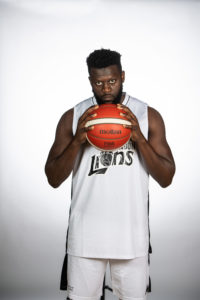 London Lions captain Joe Ikhinmwin has been with the team since the 2013/14 season after spending a year with the Newcastle Eagles following his return from playing college basketball in the US. Ikhinmwin remains a solid role player for the Lions and will be hoping to lead his team to a trophy this season and into European basketball in the next. The 33-year-old’s best season came in the 2014/15 season where he averaged 8.4 points and four rebounds per game – but of course the stats never tell the full picture and the forward’s influence on the court and off it has been invaluable to Vince Macaulay’s team.

The best basketball betting sites list London Lions as the favourites for the play-offs, even if they did lose out to Leicester Riders for the league title.

🚨HUGE shot on the buzzer from Joseph Ikhinmwin!🔥 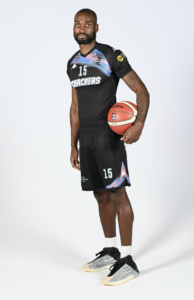 Since becoming a professional player in the BBL back in the 2007/08 season, Tayo Ogedengbe has spent just two seasons away from the most elite league in the UK. Having played for London Capital, Guildford Heat, London Lions and Glasgow Rocks, Ogedengbe brought vast amounts of experience to Surrey when he joined the Scorchers for the 2015/16 season and has since then become a fan favourite at the team. Averaging just under 11 points per game, the 33-year-old is still an important cog in the Scorchers team, and he has also proved he is still a big-game player, with his season-high for scoring coming against Championship candidates Leicester Riders at the end of January when he dropped 19 points.

We've seen that a few times! Raftopoulos to Ogedengbe! 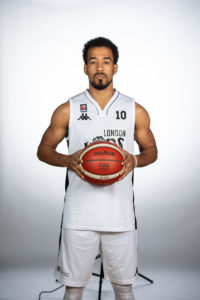 Two-times BBL Most Valuable Player Justin Robinson is one of the go-to guys for the London Lions and has been since he joined back in 2017 from French team Saint-Quentin. Having represented Great Britain 13 times in his career, Robinson is arguably one of the most high profile Brits still playing in the BBL – averaging just under 15 points and 4.5 assists per game this season. At 33-years-old, there is still plenty to come from the Lions guard who has also enjoyed stints as a pro in Greece, Cyprus, Ukraine, Sweden and Hungary after playing NCAA D1 basketball for four years between 2007 and 2011. 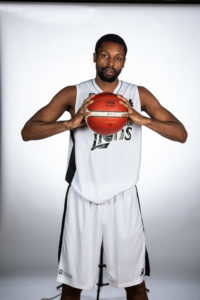 This season has been a frustrating one for the penultimate Lions player on this list Shane Walker, who has had to settle for the least amount of minutes per game this season than he has ever had to settle for, playing  on average just over a quarter of the game. This has also meant Walker has put up the least points per game in his career with just 4.1 points contributed each game on average. But with age comes wisdom, and the 33-year-old 6ft10 big has become a more efficient scorer, recording his highest average field goal percentage since his first year in the BBL back in the 2013/14 season with the Plymouth Raiders. Walker has also played for the Leicester Riders as well as enjoying time in Sweden, Italy, France and Holland during his career. 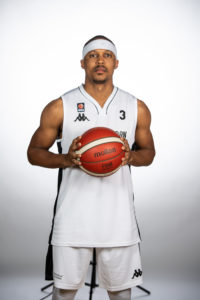 The only current BBL player to have been born in 1986 is the final London Lions man on this list, reliable back-up point guard Andre Lockhart. It is the 34-year-old’s 6th consecutive season with Vince Macaulay’s team, but this year has been his most difficult in the capital, playing the least minutes per game and featuring in the least games he has in his Lions career – while he has also put up an average of 2.4 points per game.  Last season was a vast contrast to this season however, as the guard contributed over six points and over two assists per game – a much better return for a rotation option. Lockhart has also enjoyed a spell with the Newcastle Eagles, but his best season on record came with NBL D1 team Essex Leopards back in the 2013/14 season. 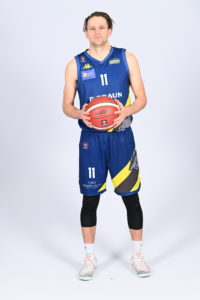 A former fan-favourite with the Manchester Giants, 35-year-old BBL veteran Callum Jones signed on with the Sheffield Sharks at the start of the season and has been a back-up option in the rotation this campaign, averaging around one point, one rebound and one assist per game in under ten minutes of action. It’s strange seeing Jones not putting up double figures for points consistently, as before his move to the Sharks, the guard averaged over ten points per game each season since the 2014/15 season – but it is his experience that is the most valuable asset to Atiba Lyons’ team. There is an opportunity for the Yorkshire franchise to do well in the Play-Offs at the end of the regular season in the BBL Championship, so Jones wisdom, basketball IQ and leadership will be integral for the Sharks even if he is playing less than a quarter per game.

Callum Jones pulls up for two as the Sharks look to close the gap with less than two minutes left!#BritishBasketballhttps://t.co/7vy5OjKuUq pic.twitter.com/qBwPlWgmE0 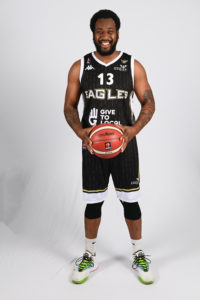 The most successful player in the history of the British Basketball League with 26 titles is still going strong, even at 36! Darius Defoe has cemented himself as a legend in British Basketball and he will remain one forever thanks to his incredible contributions to the game here, and he is not done! The 6ft7 center has been a dominant force with the Eagles since joining them way back in 2004, and he hasn’t missed a season! Averaging just under ten points and five rebounds per game as well as 2.1 assists, 0.7 steals and 0.4 blocks in 25 minutes of action per game, Defoe looks like he can keep going for at least another year or two and not just as a role player but a crucial part of the Eagles team!

Still getting it done in season 16, what will year 17 bring for Darius Defoe?
📸 @tubpodcast #BritishBasketball pic.twitter.com/XkDlo9Bfbb 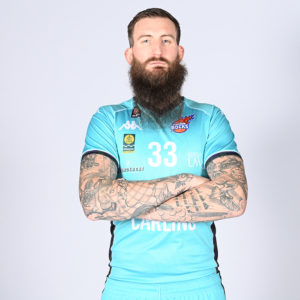 The only player-coach on this list is Glasgow Rocks Head Coach Gareth Murray, who at 36-years-old is still going strong with the Rocks and the Great Britain team who have qualified for EuroBasket 2022! The wing has been a pro in the league since 2005 and has spent time with Plymouth Raiders and Cheshire Phoenix as well as spending two seasons in France as a pro. Murray is averaging over ten points a game and just under four rebounds but just under three assists per game this season and has thrown himself onto the court when necessary in what is his fifth season during his third spell with the Rocks – but it is likely now that Glasgow is where he will remain for the rest of his playing days. 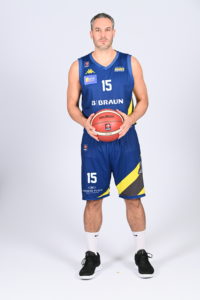 One of the most admirable characters in the league is BBL vet turned NBA pundit Mike Tuck, who is still offering his skillset to the Sheffield Sharks at 38-years-old! Having been in Yorkshire for over a decade, the Canadian big man has enjoyed an impressive career in which he has also represented England in the 2018 Commonwealth Games. Averaging just under five points a game, Tuck is another player who offers invaluable experience and leadership to their team, but you can also count on him to get a bucket or two as well as crashing the backboard for a rebound. The forward has played 21 games this season and his season high came against the Newcastle Eagles when he dropped 13 points in January. Will we continue to see Tuck playing past this season? Only time will tell. 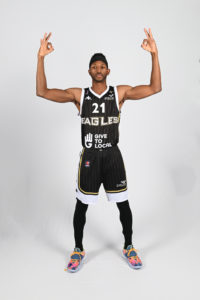 Drew Lasker is the oldest player in the league having been born in 1982, and he has remained a pro in the BBL since first joining the Plymouth Raiders in 2005, when he averaged 16.5 points per game. His first spell with the Raiders was his best, stats-wise, as his first year was actually his lowest scoring year while in the South-West. Now at the Newcastle Eagles for his second spell in the North-East after his first was followed by a season with Guildford Heat and a second stint with Plymouth, but Newcastle has been the place he has called home the longest, having been an Eagle every season since the 2013/14 campaign. This year, Lasker has put up on average just under two points per game, one rebound and 0.4 steals too, but again, it is the experience and leadership that is valued the most. Now a co-host on The BBL Show with Jay Marriott, the 38-year-old may be focusing on a career in the media! Could we be seeing him presenting on our TV screens? Perhaps Lasker and Marriott come as an Ant & Dec like package!

Lasker knocks down the corner three as the Eagles start to find some rhythm from behind the arc!