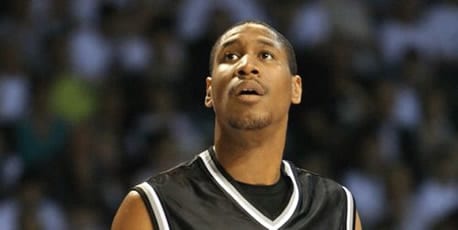 Sullivan, 31, is currently playing for the Leicester Riders in the BBL, but revealed he wants to end his playing days at the club where he made his name.

Writing on his new website, www.drewsullivan8.com, talks about his “brother-like” relationship with Newcastle coach Fab Flournoy.

He said: “It still remains my wish to finish my career wearing an Eagle jersey as that would mean I’ve pretty much came full circle in my professional career.

“(That said) this is a business and if it does not happen at least I know that there are a few more good years left in the legs to pit my wits against my brother.”

Sullivan first joined Newcastle in 2004 and he helped them to a quadruple of league, cup, trophy and play-offs in the 2005/06 season, which led to him being named the league’s MVP.

He returned for further spells in 2008 and 2010, before moving on to play for Mersey Tigers last season.

He added: “I think that many people would agree the games between Newcastle and Mersey were some of the best games that have taken place in the league in recent memory.

It made for one of the best and most interesting season in the BBL for a good long while.”