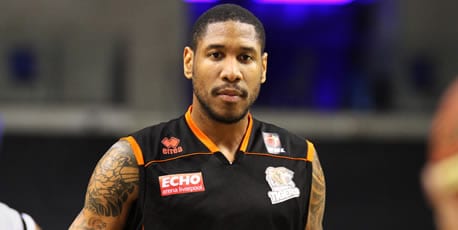 Sullivan, 31, was left frustrated and unpaid by the Tigers after a troublesome summer for the Liverpool franchise, which overshadowed their treble-winning achievements of 2010/11.

Having remained patient both before and after the EuroBasket tournament, Sullivan finally gave up the ghost on the eve of the Tigers’ season opener against Sheffield, and will now turn out for the Riders in 2011/12.

Leicester Head Coach Rob Paternostro told the club’s official website: “We spoke to Drew and talked to him the last couple of weeks and he expressed an interest in coming down and working out with us. He’s enjoyed working with our team and can see the potential here. He’s been a nice addition.”

Sullivan is believed to be on a week-to-week contract, with a clause allowing him to move on to a bigger and better deal in Europe if one comes about.

The former Newcastle Eagles star said: “It’s hugely important to stay in the BBL leading up to the Olympics. Right now we have four GB players in the league which is important.

“Obviously there’s the lure of contracts from Europe but hopefully, something can be done where the week to week becomes a permanent thing.”