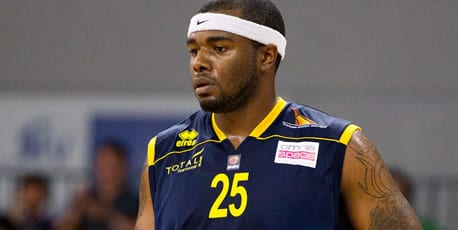 Patton returns to the EIS Sheffield after being part of the 2010 and 2011 BBL Cup winning sides, and is expected to fill the void left by the injured Nate Reinking.

Coach Atiba Lyons admitted the decision to release Dobbins, who was one of the league’s stand out players early in the season, was a difficult one, but that the Sharks problems at guard needed to be addressed.

He said: “Justin is a good guy and a great athlete, I just feel I want to go in a different direction for the remainder of the season and I feel we need to try and support the guard position more, in view of the fact that Nate (Reinking) is several weeks away from playing.”

Financial constraints have meant the Sharks have been unable to bring in Patton without releasing Dobbins.

Lyons added: “I am pleased to have Ryan back in the squad, he brings so much to a team on and off the court, obviously it would have been better to have had him in from the start but we can only look forward now.”

Patton’s first game back in the BBL will be against Guildford at EIS Sheffield tomorrow (Friday) night.