The One Health Sheffield Sharks took one step closer to the next round of the BBL Trophy with a 99-56 victory over the Mersey Tigers in their group 2 encounter. 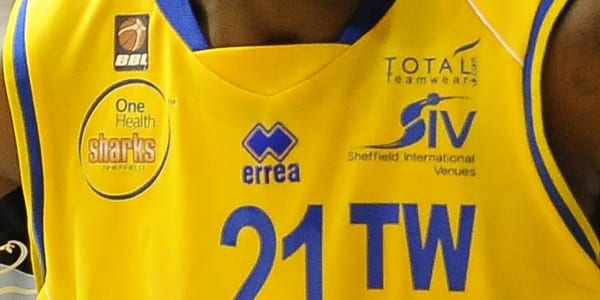 The One Health Sheffield Sharks took one step closer to the next round of the BBL Trophy with a 99-56 victory over the Mersey Tigers in their group 2 encounter.

The Tigers are the defending BBL champions from last season but they have an entire new roster after making six signings in midweek. This included 6”6 Canadian Kris Douse who led his team with 17 points.

But the Tigers were no match for the Sharks who have now won their third consecutive game since the start of this years campaign.  They were led by Justin Dobbins and Jimmy Langhurst who collected 22 points each.

The first quarter was tight with the sharks just edging in front by four with the scores at 23-19.  The Sharks then began to show their power in the second period. Former Tiger Nate Reinking nailed a three to stretch the lead into double digits and from that point; the tigers struggled to keep up.

Into the second half, Dobbins extended the lead to 30 with the Sharks 78-46 in front at the end of the third.

With the Sharks comfortably ahead, player-coach Atiba Lyons decided to give his bench a run out and the attack was still relentless. The punishment ended with a Mike Tuck three pointer to finalise the scores.

Thanks to some brilliant shooting, the Lions raced into a devastating 27-12 lead at the end of the first buzzer. Ayron Hardy tried his best to pull his team closer with some excellent play to cut the lead to nine at 45-36. But MK found their form again to go on a 12-4 scoring run to go into the break leading by 57-40.

The lions stretched their lead to 20 in the early stages of the final stanza to all but seal Leicester’s demise. In an impressive display of shooting, Stefan Gill led all scorers with 26 points while Demarius Bolds put his mark on the score sheet with 20 points.