Leicester will be looking to keep up the heat on Newcastle and Worcester as they face Milton Keynes on Friday night. 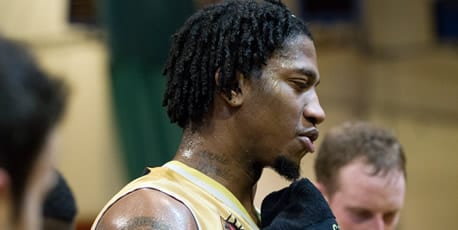 Leicester will be looking to keep up the heat on Newcastle and Worcester as they face Milton Keynes on Friday night.

It will be the fifth meeting between the teams this season, with the honours shared so far.

The only BBL Championship meeting so far saw Lions win a thriller 77-75 on Riders’ own court, which gave them revenge for a 102-67 mauling in the BBL Cup first round. The two BBL Trophy saw home wins on each occasion, but Lions’ 107-90 was enough for them to progress to the semi-finals on points difference.

Coach Rob Paternostro said: “Milton Keynes are a team that is athletic and tough to stop in transition. Demarius Bolds and Daniel Northern are two of the most talented players in the league, it is important that we do our best to contain them on Friday.”

Bradd Wierzbicki says the Riders know what to expect, but he also pinpoints the threat of Bolds and Northern.

He added: “We know them very well, and we’ve played them four times already. They beat us last time we played, and we need to bounce back from that and keep improving.

“Demarius Bolds has been a great scorer for them, and it’s important to contain them in transition. Daniel Northern has done a good job rebounding and scoring for them this season, and they’re probably the two key players to watch.”