Newcastle Eagles continue to set the pace in the BBL Championship as they remain top with a 6-0 record after a 90-67 destruction of the UCP Marjon Plymouth Raiders on Friday night. 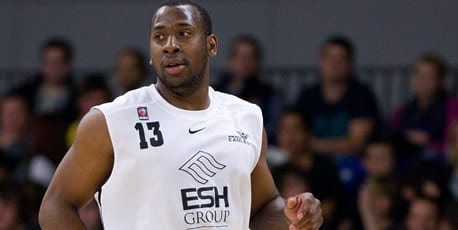 Newcastle Eagles continue to set the pace in the BBL Championship as they remain top with a 6-0 record after a 90-67 destruction of the UCP Marjon Plymouth Raiders on Friday night.

Darius Defoe led the Eagles with 22 points and 8 rebounds, while Andrew Thomson had a double-double of 13 points and 10 boards. Lehmon Colbert led the Raiders with 19 on a night when league MVP Jeremy Bell shot just 23% from the field on his way to 11 points.

The damage was done from the very outset as the Eagles opened the game leading 10-4 after five minutes behind 6 points from Defoe. The visiting Raiders called a timeout, but the Eagles only extended their lead as Paul Gause made back-to-back baskets for an early double-digit edge at 15-5. The Eagles scored 7 more points inside the final two minutes, sparked by Thomson’s three-pointer, to take a commanding 24-8 lead after the first period, and they never looked back.

The lead grew steadily in the second stanza, with Charles Smith’s three-pointer making it 35-16 and it reached 22 as a 7-2 burst, capped by a Chapman three-pointer, made the score 42-40. The hosts maintained a margin above twenty through to the half, leading 49-28.

And the lead was rarely any lower. Despite winning the third quarter, the Raiders could make little headway as they outscored their hosts by 20-19, still trailing 68-48 heading into the fourth. The Eagles came on strong as they showed their depth in the fourth quarter, the lead peaking at the final score margin of 23.