Plymouth Raiders recovered from last weekends Cup Final defeat with a comprehensive 98-68 victory over the Guildford Heat to take their winning run to six consecutive games. 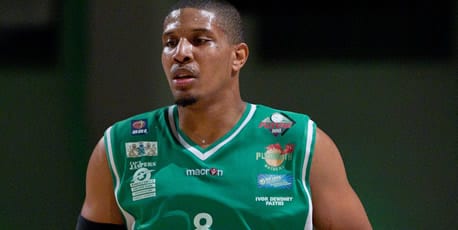 Plymouth Raiders recovered from last weekends Cup Final defeat with a comprehensive 98-68 victory over the Guildford Heat to take their winning run to six consecutive games.

Jeremy Bell led all scorers with 27 points supported by an impressive double double of 19 points and 11 rebounds from Paul Williams whilst Mike Martin bagged 20 points personal for the Heat.

It was the visitors who had the better of the early exchanges in the first ten minutes. Martin’s three-point play gave his side a 14-10 lead but the lead was cut to 18-16 by the end of the period.

The Raiders had a strong start to the second period as they upped the momentum with a 12-4 surge. Bell and Lehmon Colbert netted consecutive triples for a 28-22 lead. Guildford composed themselves to regain the lead at 35-34 thanks to five straight points from Martin. After a quick timeout, the Raiders went on a 6-2 run to go into the break 47-41 in front.

Plymouth maintained on the offensive in the second half scoring 10 straight points with James Jones adding six points. The teams traded baskets until five straight Raiders points took the lead past the 20 mark at 74-53.

The Raiders rounded off a dominant display with a decisive 19-6 burst early in the fourth quarter to all but end the contest.