As we enter 2012 the season is effectively at the halfway point which signals the push for domestic honours and the race for the eight coveted play-off positions. 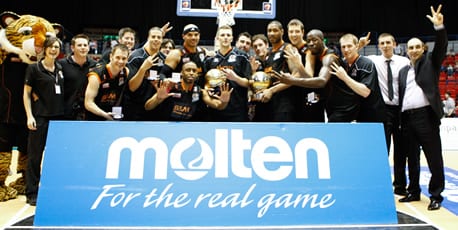 As we enter 2012 ends the season is effectively at the halfway point which signals the push for domestic honours and the race for the eight coveted play-off positions.

Newcastle have bounced back from a trophy-less 2010-11 season and remain in contention for yet another ‘clean sweep’. Fab Flournoy’s was able to keep the core of his side and with the addition of Andrew Thomson and Paul Gause, the Eagles have made the top spot their own and are in the BBL Trophy semi-finals with the BBL Cup Final approaching.

In terms of players, Demarius Bolds and Mychal Green have been instrumental for their respective teams to date and are leading contenders for the MVP award although my vote would go to Cameron “Killa” Rundles. The Leicester Riders’ guard may not be scoring as many points but has confidence in abundance and his ball control and distribution has been class. Rundles has been an all-round star so far and it is no coincidence as to why Leicester have made a strong start to the season.

Rundles’ team mate, Ayron Hardy also took the BBL by storm with an explosive first few months which helped him earn the September Player of the Month award. Combined with the experience of Andrew Sullivan and the returning Bradd Wierzbicki, Leicester are serious contenders to compete for silverware. Another team that is able to push for a title or two in 2012 are the Worcester Wolves, led by England coach, Paul James. Losing the trio of Rod Middleton, Danny Gilbert and Justin Dobbins (to Sheffield) seemed likely to make this season difficult for the Wolves but they have been very impressive. Tommy Freeman has starred from both ends of the floor while Sherrad Prezzie-Blue is an experienced guard and Richie Gordon is hard to stop when he has the ball near the basket.

Guildford have been the busiest team so far with coach Creon making several changes to his roster in a bid to recover from their poor start to the season. Drew Lasker, Shaun Durant and Mike Copeland have all come in although the former Rocks man was later ruled out for the remainder of the season. Mersey Tigers, Sheffield Sharks and the Cheshire Jets all finished in the top four last season with Mersey claiming a remarkable treble and Sheffield defending their BBL Cup title. However, all three have had not matched the level of last season to date for a number of reasons. Mersey were rocked by an uncertain future at the start of the season which saw the majority of their roster leave with the expection of David Aliu. Sheffield were tipped for a strong season with the addition of Justin Dobbins and the return of Nate Reinking but have not lived up to expectations so far although a possible semi final victory against Newcastle could spark a better run of form. John Lavery has had a tough start to his career as head coach as the Jets have a 3-5 record which includes a defeat against Durham, although Matt Schneck has been out with an ankle injury.

Many BBL fans would have probably have never seen the Durham Wildcats in action before and expected two points from every meeting- but that has not been the case. In their inaugural season in the BBL, Durham have been the surprise package having been able to compete for most games and even won their first league game against the Jets. MK Lions have made a steady start in Mike New’s second year in charge with Bolds carrying on from where he left off last season. The Lions also have the possibility of a domestic cup final as they take on Plymouth in the last four of the BBL Trophy.

Glasgow are four points off of first position and although Green has excelled in his absence, the injury to EJ Harrison has been a major blow with additional workload added to a small squad. Plymouth have been one of the most consistent teams and are in the same boat as Newcastle with four titles up for grabs. The fixture scheduling meant that Plymouth would have to catch up the rest of the pack but are in a handy position with a 5-2 record with last year’s MVP, Jeremy Bell beginning to hit his stride.

It is difficult choosing the best game of the season so far due to the competitive nature of the league producing several tense battles but an honourable mention has to go to Worcester for their victory away at the Newcastle Eagles. Not only did they manage to end the Eagles’ perfect league run but they did so with an incredible 43 points in the last quarter with an impressive performance from Tommy Freeman.

2012 has the potential to be even better than 2011 in a year where Great Britain will compete in the London Olympic Games.

Lyons: Langhurst ‘Should Be Back Tuesday’
Leicester sign Yorick Williams