Plymouth have made their third signing of the summer by capturing Cheshire Jets captain Colin O’Reilly. 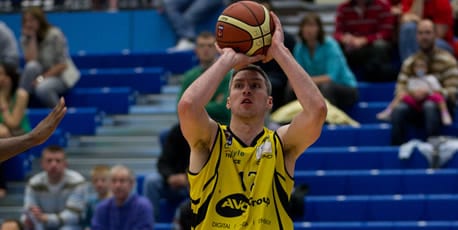 Plymouth have made their third signing of the summer by capturing Cheshire Jets captain Colin O’Reilly.

The 28-year-old’s signing follows on from the capture of Drew Lasker from Guildford, and the re-signing of captain Anthony Rowe.

Raiders Head Coach Gavin Love said: “He’s a smart player and one of the top 3 point shooters in the league.

“He’s a good rebounder, he’s tough and has improved each year since moving to the BBL. He had some great games against us last year, so I’m delighted to welcome him to the Raiders for the 2012/13 season.”

The Ireland international, who stands at 6 foot 7 inches tall, was 10th in the BBL in scoring last season, averaging 18.1 points per game.

He moved to Cheshire in 2009, having previously played in Switzerland, Germany and Ireland.