The free BBL Fantasy League Game on the official BBL website is returning this season after last year’s successful debut. 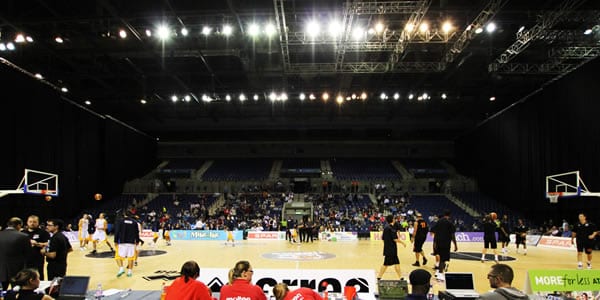 The free BBL Fantasy League Game is returning this season after last year’s successful debut. Be sure to register your team by tomorrow when the season starts with Newcastle Eagles meeting Guildford Heat so you can earn maximum points for your team. Just click here to sign up.

If you think you can do better than the likes of Coach Lyons or Coach Garbelotto then join the BBL Fantasy Game today and select your squad to build your very own BBL Fantasy Team.

Go through the season’s highs and lows as you manage your fantasy team and score points based on the actual performances of your selected players throughout the 2011-12 season. If you’re not happy with the productivity of one your players, then visit the Transfer Section and make a change! Transfers are unlimited up until the Fantasy Game commences (14th October) and up to 14 changes can be made throughout the season.

You can even invite your friends, colleagues and relatives to a private Mini League with your own mini league table.

Better still we have some great Prizes on offer for our monthly and overall winners. The overall winner will receive their trophy an on court presentation at the 2012 BBL Playoff Final.

Monthly Winners (the team which scores the most number of points in each separate month) will win a pair of tickets to one of the BBL Finals (Cup – Sunday 15th January 2012 or Playoff – Saturday 12th May 2012) AND a Molten GG7 Matchball (The Official Matchball of the BBL).

The Overall Winner of the competition will pick up a Family VIP Ticket to the BBL Playoff Final (including entry to the VIP Reception) where they will also be presented on court with the BBL Fantasy Trophy.

The Fantasy Game incorporates matches that take place in the BBL Championship regular season (only) and will commence on Friday 14th October 2011. You can enter as many teams as you wish in your quest to be the most successful BBL Fantasy Manager.

To spice up the competition, a number of the BBL Coaches have committed to enter teams so you can check your progress against the professionals as the season progresses.

So why not sign up today and take on the rest of the basketball fraternity in pursuit of the coveted 2011-12 BBL Fantasy Crown?