O’Reilly- The talent is there to win trophies

Colin O’Reilly is confident the talent is there for Plymouth to win a trophy this season but they must work as a team to fulfill their potential. 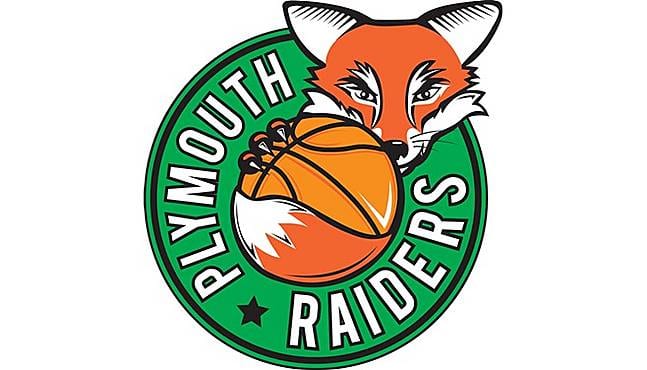 Colin O’Reilly is confident the talent is there for Plymouth to win a trophy this season but they must work as a team to fulfil their potential.

The Raiders are currently fourth in the league standings with a 6-3 record despite winning their opening three games of the season. Jeremy Bell and Michael Ojo are ranked second and third in the average scoring charts while Matt Schneck tops the league with 11.9 rebounds per game.

“We’ve undoubtedly got great talent on the team but that alone does not win games. The more the squad plays together, the better the team and individual performances will be,” said O’Reilly.

“It’s important we try to reach our potential, performance wise, and if we are good enough the trophies will come.”

O’Reilly claimed the Molten BBL Player of the Month award for October and currently averages 17.8 points per game whilst shooting 53.9% from the field.

The 28 year-old had begun October with an incredible performance against the Manchester Giants; producing an impressive stat-line of 28 points, 11 rebounds, 4 assists and 3 steals. The 6’7″ forward followed that up with 22 and 20 point hauls in the next two games.

“When the team is winning, it generally leads to individual awards and I’m delighted I’ve been able to come in and help the team straight away,” the Irishman added.

The Irishman is now in his fourth season in the BBL having been with the Cheshire Jets since 2009 before making the switch to Plymouth in the summer and feels it has turned out to be the right decsion to make.

Talking about his reasons behind the move, O’Reilly said: “I heard nothing but good stories about Plymouth so once the contract was sorted, it was an easy decision.”

The ‘Save the Jets’ campaign is in full flow and a decision was made by the fans at the weekend to re-name the club Cheshire Phoenix following a vote during the game with Manchester.

“I don’t know many details about what’s going on but it looks like the fans are making a huge push to save the club and there has been a few positive steps taken,” said O’Reilly.

Plymouth suffered a mixed weekend in their home double-header after losing to the Rocks on Saturday before responding with a 108-98 win over the London Lions. O’Reilly contributed a season-high 29 points as well as providing five assists to earn himself a spot in the BBL Team of the Week.

Gavin Love’s side’s attention now turns to a league trip to Sheffield before hosting the Newcastle Eagles in the first leg of their BBL Cup semi-final and O’Reilly is refusing to take Friday’s game for granted.

“The cup game will be on the fans’ mind and rightly so but the Sheffield game is extremely important because it’s a tough place to win and will take a huge effort from us.”

Sunday’s cup game is expected to be a sell-out in a repeat of last season’s final in which Newcastle came out on top in Birmingham to collect the first of four eventual trophies.

The two sides also met in the BBL Trophy Final which was played over two legs and Newcastle were able to overturn a nine point first leg deficit. O’Reilly hopes to avoid a repeat scenario whilst also considering the extra emotion the game will be bring.

O’Reilly was a losing finalist on two occasions in the 2009/10 season but a good performance on Sunday will take the Irishman a step closer to finally getting his hands on some silverware in the BBL.