Now that the BBL season has finished, attention turns to this summer’s main event- The Olympic Games. The opening game is just 74 days away as the tournament schedule was announced today. 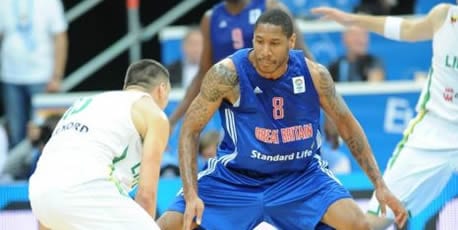 Now that the BBL season has finished, attention turns to this summer’s main event- the Olympic Games in London. The opening game is just 74 days away as the tournament schedule was announced today.

So far, 9 of the 12 available places have been filled with the remaining three to be determined at the FIBA World Olympic Qualifying Tournament in Venezuela. The draw for the Olympics was made at the end of April and saw Great Britain avoid the world’s top three nations.

The first set of men’s matches will take place on the 29th July (the women’s event starts a day earlier) and Great Britain will find out who their first opponent will be once the Qualifying Tournament finishes at the beginning of July. The top four teams in each group makes progresses to the quarter finals, Britain’s schedule is as follows:

The medal games for the men will take place at the O2 Arena on August 12th with the women’s equivalent the day before. USA will go into both events as favourites having won a total of 19 gold medals since 1936.

Great Britain’s women will also compete in this summer’s Olympics, which will be their first appearance. The women’s event began in 1976 with the US dominant; winning six gold medals out of a possible nine. The top ranked team in the world will headline Group A whilst GB were drawn alongside Russia, Brazil and Australia as well as two qualifiers in Group B.