Newcastle made it eight wins from eight as they cruised past last year’s champions Mersey Tigers at Knowsley Leisure and Culture Park. 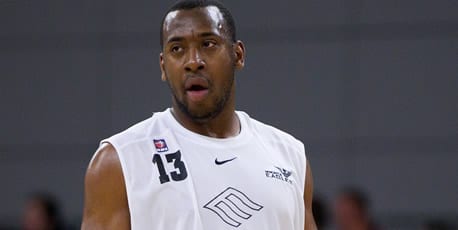 Newcastle made it eight wins from eight as they cruised past last year’s champions Mersey Tigers 94-80 at Knowsley Leisure and Culture Park.

Any hope of a third straight home win for the Tigers seemed unlikely almost from the outset, as the Eagles opened up an early 10 point lead.

Darius Defoe, a reported summer target for the Tigers before their financial problems, racked up 31 points and 18 rebounds to help Newcastle maintain their command at the top of the table.

After their quickfire start, the Eagles were able to hold their opponents at bay for much of the first half, taking a 45-31 lead in to the half time breal.

The visitors opened up a 22 point lead at one point, and although the Tigers rallied in the fourth quarter, they never looked like repeating the remarkable feat of a week ago, when they fought back from the dead to beat Cheshire Jets in overtime.

Captain David Aliu led the Tigers with 18 points, while Joe Chapman also chipped in with 18 for the Eagles.