Glasgow have handed a new two-year deal to Gareth Murray, ahead of their move to the new Commonwealth Arena. 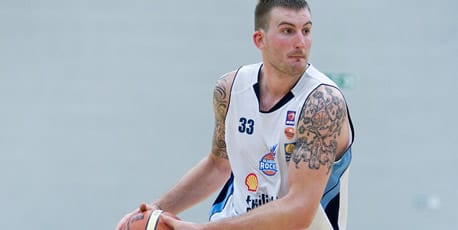 Glasgow have handed a new two-year deal to Gareth Murray, ahead of their move to the new Commonwealth Arena.

Murray averaged 5.1 rebounds, 2.6 assists and 12.8 points per game last season, and Rocks coach Sterling Davis was pleased to keep him.

He said: “It’s the perfect first step in rebuilding a team to start out with a player like Gareth. We have seen him grow into a seasoned professional on and off the court and players of his calibre and nature don’t come through very often. His versatility makes it fun as a coach to experiment with. Whatever I called him to do last season he managed to handle; whether it being the point guard for the day or guarding the opposing teams biggest guy, he withstood the challenge.”

Murray said: “I really wanted to get things wrapped up quickly during the off-season so that I could focus on my game in the lead up to 2012/13 season.”

He is the first confirmed signing for the Rocks ahead of the 2012/13, and the club expects to announce some more re-signings in the coming weeks.