Lions coach Mike New said his side are in a play off ‘dog-fight’ following their defeat in the north east. 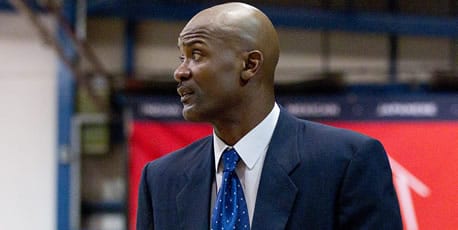 Lions coach Mike New said his side are in a play off ‘dog-fight’ following their defeat in the north east.

Despite a battling performance against the BBL leaders, the Newcastle Eagles, they could not stop a loss and the Lions slipped out the play-off zone.

But New believes his side can regain their place at the end of the season and he has taken positives from the defeat against the Eagles.

He said: ““We match up well against Newcastle, a lot of teams lose easily by 15 to 25 points but we kept it to single digits.

“Considering they are the best team in the league we are not in a bad place on the measuring stick.

“We have not been playing to our potential but we have set ourselves some short-term goals and hope to catapult back into the play-offs with momentum.

“Everyone is on the same page and this is an exciting time for basketball.

“We are in a dog fight with just five games left to go.”