A new organisation has been formed to promote the commercial development of basketball in Great Britain, the British Basketball Union. 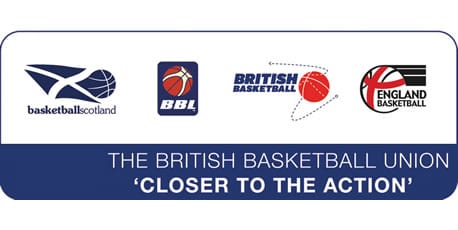 A new organisation has been formed to promote the commercial development of basketball in Great Britain, the British Basketball Union.

With the 2012 London Olympics just around the corner, the sport of basketball is looking to use it as a vehicle in growing the sport, and ensure a lasting legacy.

It will act as a first stop shop for anyone seeking to get involved in the sport, whether supporting the national teams, looking to watch competitive League basketball, seeking basketball participation opportunities, or looking at coaching or volunteering opportunities. In addition, the BBU will seek sport wide opportunities with potential sponsorship and media partners through a new strategic marketing approach, summarized in the strap-line ‘Closer to the Action’.

The BBL’s representative on the board is Kevin Routledge, of Leicester Riders. He said: “This is a very important step forward for the sport. We are all tremendously excited about the prospects for basketball in this country, in light of the spotlight of London 2012, and as a unified sport we believe we can provide a service to those interested in the sport, particularly those catalysed by the Olympics.”

As well as Routledge, the BBU board comprises Simon Tuckey, commercial director of BPB, Keith Mair CEO of EB and Kevin Pringle, CEO of BS.