Mike New happy to be a BBL fan again

Former Milton Keynes coach Mike New is looking forward to being a BBL fan again after leaving the Lions in the summer. 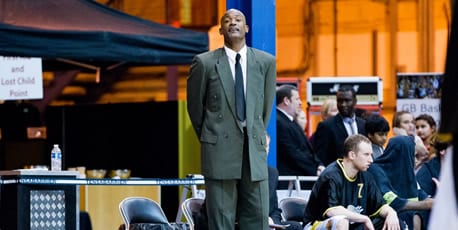 Former Milton Keynes coach Mike New is looking forward to being a BBL fan again after leaving the Lions in the summer.

New wasn’t interested in staying as coach at the Lions after the club’s move from Milton Keynes to London was confirmed, with club owner Vince Macaulay taking over the reins.

It brought to an end 14 years of professional basketball in MK, although New will remain in the city to work with junior teams as well as the MKCollege basketball programme.

He told the MK News: “I got word that we may have to leave shortly before the end of last season.

“I thought we would find an alternative or that somebody would step up to help us, but you just have to take the punches and move on.

“I’m not disappointed, I’m more excited as I can offer more time to the junior teams, spend more time with my family and go to BBL games just as a fan again.”

New, a former player, was in charge of the Lions for the past two seasons, but failed to lead the team to the play-offs.