The multi-talented Ayron Hardy is one of the front-runners to land the forthcoming season MVP award and he has strengthened his case after being named Molten BBL Player of the Month for March. 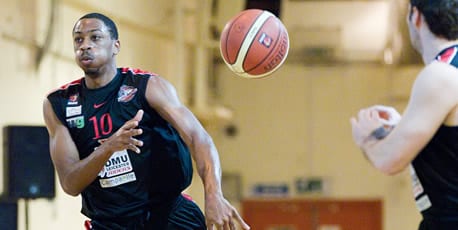 The multi-talented Ayron Hardy is one of the front-runners to land the forthcoming season MVP award and he has strengthened his case after being named Molten BBL Player of the Month for March.

Hardy continues to post one of the most impressive BBL rookie seasons in recent memory and has really turned on the style during the last few weeks with a blistering run of form.

In fact, in terms of his performance valuation across the month, he was streets ahead of all other players in the league and the only real candidate for the award.

His form has also been recognised by him securing yet more appearances during March in the BBL Team of the Week, a race he continues to lead outright. He has even started off April in typically buoyant fashion with another place in the starting five – his 12th appearance of the season.

With such an impressive all-round skill-set, Hardy is very much a do-it-all player who contributes at both ends of the floor for Riders and has made a fantastic transition into the professional game from the College ranks – something evidenced by his outstanding numbers during March.

He averaged a performance valuation score of over 30 during the month, the only player to accomplish this feat this season and that was due to 17.86 points per game, scored with an incredible field goal percentage of more than 66%.

Hardy also ensured he completed a double-double by pulling down 10.7 rebounds per game and rounded off one of the most impressive contributions by a BBL player across one month for many years with 6.6 assists, 3.3 steals and 1.7 blocks per game.

Williams and Rowe rewarded for Raiders push
Davis: It’s time to pick up the pace