Lyons stands up to criticism

Sheffield Sharks coach Atiba Lyons has backed himself and his team, after they were hit by criticism following a difficult start to the campaign. 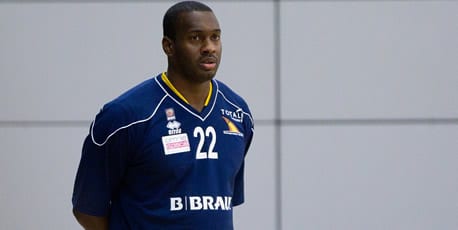 Sheffield Sharks coach Atiba Lyons has backed himself and his team, after they were hit by criticism following a difficult start to the campaign.

The Sharks have lost four straight games since winning their league opener 86-75 against Guildford, despite winning all four of their BBL Trophy games at the head of the season.

But following Sunday’s 82-64 reverse at the hands of Glasgow Rocks, Lyons was left frustrated by fans voicing their displeasure at the Sharks’ current run.

He said on his Twitter account: “Those who were quiet the last 2 years and now have tons to say after a few losses. Contact me on this or call the office I’ll make time!

“I don’t think people realise I put my body, heart, soul and money in the Sharks! I love our fans who support in good and bad!”

Lyons, 29, made his BBL debut for the Sharks back in 2006 and last season led them to a second successive BBL Cup triumph, as well as the BBL Play-off final, which they lost to Mersey Tigers.

But despite making progress to the semi-finals of the BBL Trophy, the Sharks lost their hold on the BBL Cup with defeat to Plymouth Raiders a fortnight ago.

Sharks owner Steve Shore tweeted his backing of his player-coach, adding: “You have nothing to prove, Coach. We’re in this for the long haul. Season judged in April, not November. We’re all hurting!”