Lyons: Langhurst ‘Should Be Back Tuesday’ 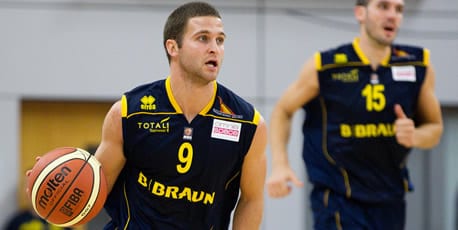 Lyons said: ” we bought him on a 3 month visa so we knew we had to send him home and then bring him back on a tear that lasts a longer time. We are in the process of doing that and there is nothing more we can do.Early in the season we had another visa problem with our other American so we had to make a quick fix. We knew we were going to have this problem and we are working as fast as we can so he should be back Tuesday.”

The loss of Langhurst did not seem that much of a problem as the Sharks pulled together and eased to a 90-77 victory over the Jets. However, Langhurst has played a key role in the Sharks set up so far this season. He averages 17.9 points per game and leads the lead in three point scoring percentage at 52 percent. Upon his return, the Sharks are confident that Langhurst will help them push forward in the remaining games ahead.