MK Lions coach Mike New is aware of the threat posed by Plymouth Raiders as they prepare for a trip south on Wednesday night in the BBL Championship. 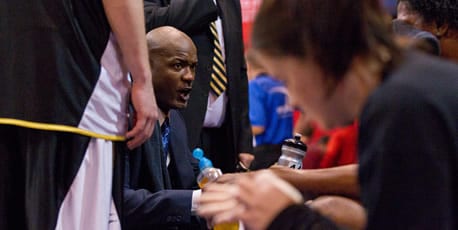 MK Lions coach Mike New is aware of the threat posed by Plymouth Raiders as they prepare for a trip south on Wednesday night in the BBL Championship.

The Lions go in to the game after a weekend off, with their last match being a narrow defeat to Newcastle Eagles.

New said: “I have had a chance to see Raiders, but not since they’ve added [Jeremy] Bell. Gavin did an outstanding job of retaining a strong nucleus of Colbert and [Anthony] Rowe and being able to add the league MVP to your roster speaks volumes about how serious they are about trying to win in Plymouth.

“Both of their returnees (Colbert and Rowe) along with one time Raiders Martin and Janusauskas are good players who play to their strengths and are familiar with Gavin.

“Paul Williams has settled in nicely and James Jones can get hot at any given moment, not to mention the reigning MVP.”

The game is a dress rehearsal for the BBL Trophy semi-final match-ups between the sides, but New is taking one game at a time.

He said: “Playing them in the semi-finals doesn’t change the way that I coach. Every game is important to us and we want to play good basketball. We are focused on getting better every time out and that is the bottom line for us.”