The opening Sky Sports live game of the season proved to be a thrilling contest and it was the home town MK Lions who came out on top defeating the Worcester Wolves 99-82. 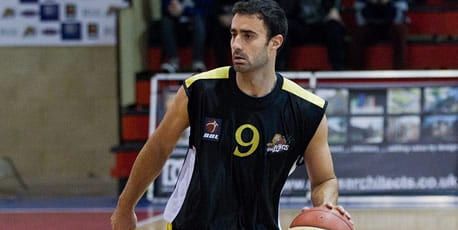 The opening Sky Sports live game of the 2011/12 BBL Championship season proved to be a thrilling contest and it was the home town Prestige Homes MK Lions who came out on top defeating the Worcester Wolves 99-82 at the Prestige Homes Arena on Tuesday evening.

The result saw the Lions snap a two game losing streak and move themselves up into joint seventh position in the table, while the Wolves were handed their second consecutive defeat and will be looking to bounce back against the Mersey Tigers on Saturday night.

A steady start to the game from both sides saw the Lions and Wolves trading baskets through the early exchanges with neither side able to open up a sizeable advantage. A Stefan Gill three-pointer in the final minute of the first period gave the home side a 17-15 lead, but four points from Richie Gordon sent the visitors into a 17-19 lead at the end of the opening quarter.

In the second quarter the home side stepped up the intensity at the defensive end and as a result picked up easy baskets at the other end of the floor as eight points from Demarius Bolds sparked a 12-2 burst for the Lions to take the score out to 29-21. The Wolves got themselves right back into the game thanks to back-to-back three-pointers from Tommy Freeman trimmed the gap to just three points at 32-29, but another 8-2 tear for the Lions extended their advantage to double figures for the first time in the contest at 40-30.

The home side maintained a healthy lead as the half wound down and they headed into the locker rooms leading 44-36 at the end of the first 20 minutes of basketball.

In the second half the Lions began strongly with a 10-3 tear at the start of the third period to take the score out to 54-41. The home side maintained their double figure advantage as they lead 60-49 midway through the quarter, but a three-point play from Gordon sparked the visitors back into life and sent them on an 18-4 burst to overhaul their hosts and lead 64-67 with less than a minute remaining.

A Sherrad Prezzie-Blue free-throw with a second left in the third period made the score 70-72, but Nuno Pedroso hit a huge three-pointer on the buzzer to send the Lions into the final stanza leading by a point at 73-72.

That basket at the end of the quarter sparked the Lions into life, especially as there two main scorers in Bolds and Daniel Northern were sitting on four fouls, as five points from Pedroso at the start of the final quarter helped the Lions into an 82-74 lead off the back of a 9-2 start.

Another big three-pointer from Arnas Kazlauskas cut the deficit to five points at 84-79 with 4:36 remaining in the contest, but that was as close as the Wolves would get as a Stefan Gill three-pointer sent the home side on a 15-3 tear to close out the game and hand them the victory in front of their home supporters.

A combination of Bolds and Pedroso led the scoring for the Lions with 20 points a-piece, but it was Gordon who led all scorers in the contest with a game-high 27 points for the Wolves.

A game of four halves
New praises Lions after victory