Former Great Britain international Yorick Williams has joined Leicester Riders, and was on the bench for their game against Durham on Saturday. 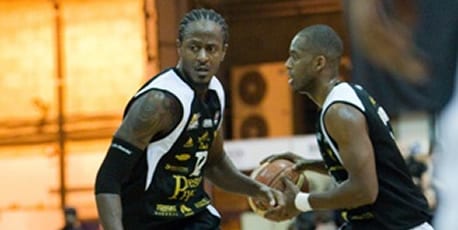 Former Great Britain international Yorick Williams has joined Leicester Riders, and was on the bench for their game against Durham on Saturday.

Williams, 36, has been without a club since being released by Milton Keynes at the end of last season having spent four seasons with the Lions.

He has been training with the Riders, who he played for in 2006/07, awaiting a call from a club requiring his services, but he has now been drafted in to the fold by Rob Paternostro, following the departure of John Griffin.

Paternostro said: “Yorick is someone I know very well, having played alongside him twice in my career.

“I agreed he could train with us for most of this season. He is bringing a lot of knowledge with his experience and undoubted talent.

“We have a lot of games coming up and I want to consider all our options.”

Riders’ next match is away at Mersey Tigers a week on Friday followed the next night by their first home game in six weeks, against Milton Keynes.