BBL Championship runners-up Leicester Riders have confirmed Jamell Anderson as their first returnee for next season. 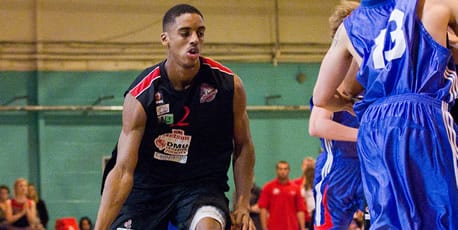 BBL Championship runners-up Leicester Riders have confirmed Jamell Anderson as their first returnee for next season.

Anderson, 22, impressed towards the end of the 2011/12 campaign, which saw the Riders go all the way to the play-off final, where they were beaten by Newcastle.

Coach Rob Paternostro said: “I spoke with Jamell at the end of the season and told him how happy I was with his contributions last season. We talked about him moving forward and how I want him to come into pre-season ready to compete for minutes.

“For our club, it’s great to have a GB Futures player on our roster. We believe Jamell is on his way to becoming a very good all around player and expect to see him be a major contributor next season.”