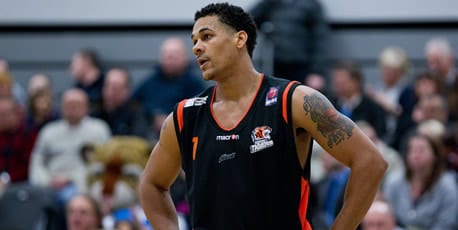 Douse, 25, had featured in all 14 of the Tigers’ BBL Championship games this season and is their leading points scorer with 223.

He makes the move to Iceland after space was freed up on the Keflavik bench by the departure of former Sheffield Sharks star Steve D’Agostino.

D’Agostino, who fired a then BBL record 35 points in leading the Sharks to a BBL Cup Final success over the Tigers last season, has recently moved to Spain.

However, Mersey are hopeful of adding a new face to their bench in time for their trip to Newcastle on Friday. It is believed a player with experience from the Spanish leagues has been training with the club.