The Cheshire Jets woeful run of losses continued as they suffered a 97-87 defeat at the hands of Worcester Wolves who have now won eight from nine. 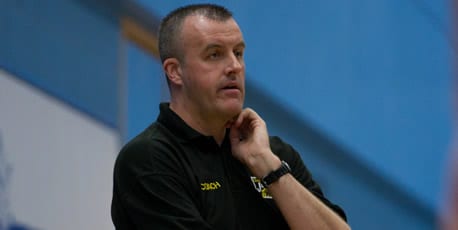 The Cheshire Jets woeful run of losses continued as they suffered a 97-87 defeat at the hands of Worcester Wolves who have now won eight from nine.

Sherrad Prezzie-Blue was the stand out performer with a double double of 24 points and 10 assists. Team mate Tommy Freeman made a satisfactory contribution, hitting five three pointers in a 19 point effort.

Worcester finished the first period strong with an unanswered seven point run gave the wolves a comfortable bench mark at 24-16.

The next quarter proved to be decisive as a stunning 10-0 surge capped off with a Freeman triple for a lead of 34-16. Jets ran on a short fight back led by the scoring of Dan Briglia but Prezzie Blue kept his side in front with two baskets. The sides headed into the locker rooms with the Wolves leading 50-35.

Into the second half, Wolves stretched the lead beyond 20 capped off with an Alex Zimnicas score for a 60-40 advantage. The visitors responded with a 9-3 run but Worcester kept their opponents at bay for the remainder of the period.

The Jets trimmed the gap to 12 points at 83-71 early in the fourth but it was too late for a comeback as the Wolves ran out comfortable runners.