Guildford coach Creon Raftopoulos has reacted to the Heat’s dismal start to the new campaign by releasing Kandi Mukole and promising further changes. 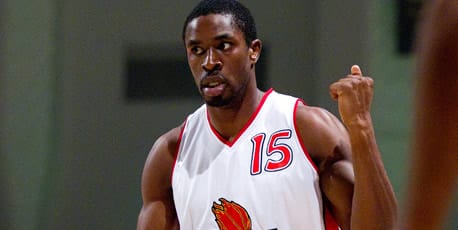 Guildford coach Creon Raftopoulos has reacted to the Heat’s dismal start to the new campaign by releasing Kandi Mukole and promising further changes.

The Heat have lost eight from eight so far this term, including back-to-back losses to Worcester last week, which has seen them crash out of the BBL Trophy and BBL Cup, as well as rooted to the bottom of the league.

Raftopoulos said: “We had a late start this year and didn’t really have a pre-season. Until recently I felt we’d been slowly improving, but we now don’t seem to be making the progress we need to. We’re competitive, but we lack the individual who can get us over the hump and to the finish line.

“The new players I brought in at the start of the season haven’t adjusted as quickly as they need to. The BBL’s a tough league and I’m sure they’ll go on to be good players, but right now they’re not delivering the goods.

“Unfortunately, bringing in new players is time-consuming, especially where imports are concerned, but I can assure the fans that I and the admin staff will be putting in the hours over the next few days. We’ll be working around the clock to bring in the players we need.

“I’ve got the owner’s full backing to make the changes I need, but we have to stay within budget and so it’s inevitable that we’ll need to release players to make room for the newcomers. As part of that process, I have today released Kandi Mukole from his contract with the Heat. Kandi’s got great potential and I hate to see him go, but by his own admission, he’s not performed as well as he can and we don’t have the luxury to carry players on the bench if they aren’t contributing to the team.”