Glasgow guard Mychal Green was drawn to the Rocks to experience the BBL and he’s hoping to pick up some medals on the way. 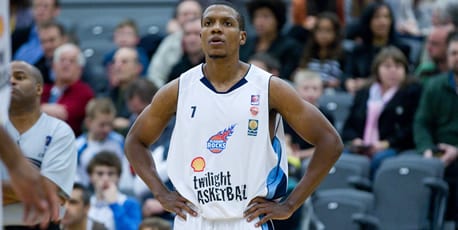 Glasgow guard Mychal Green was drawn to the Rocks to experience the BBL and he’s hoping to pick up some medals on the way.

Eintracht were his second German club, after a successful spell at Licher BasketBaren where he averaged more than 20 points per game.

He said: “I didn’t know too much about the league (BBL) in advance, but all I knew was that I really wanted to play in the UK for at least a year, to see how the game is over here.

“I was in Germany last season but it was a bit difficult with the language barrier. I mean I really loved Germany and it was great fun to play there and would love to go back one day, I just wanted to see another country, have a different experience, and experience a different league.”

Prior to moving to Europe, Green impressed Down Under in New Zealand, leading the league for steals in his time at North Harbour Heat in 2009. He also averaged more than 20 points per game in his spell at Canterbury Rams, also in New Zealand.

He added: “I really just (as a player) like to entertain the crowd you know to make it a bit fun. It is also a game and we’re all here playing hard and sometimes at the heat of the moment you get a bit angry, but in the end it’s still all entertainment. So I just try to bring some emotion to the game, go to the basket and see what happens.”

Guildford release Mukole, promises change
Rundles and Riders on the up