Worcester Wolves star Richie Gordon has been handed the accolade of Molten BBL Player Of The Month. 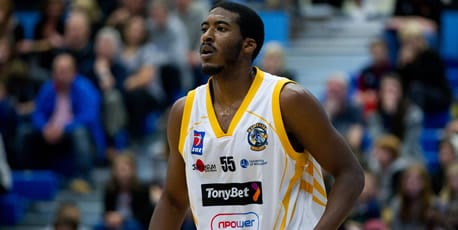 Worcester Wolves star Richie Gordon has been handed the accolade of Molten BBL Player Of The Month.

The centre enjoyed a truly stellar December with some stunning contributions no better highlighted than by securing three consecutive appearances in our BBL Team Of The Week line-up.

This has subsequently catapulted him into the race to finish with the most appearances this season.

Gordon averaged a superb double-double through the period with 20.3 points and 10.4 rebounds per game to help Wolves rack up more December wins than any other team in the league.

They maintained their tilt at the BBL Championship with six victories during the month and much of their success was due to the prolific production of Gordon who maintained his high level of performance across the eight games.

The Western Carolina graduate shot a field goal percentage of 56.36% and did a terrific job at both ends of the floor with a strong defensive effort helping him to a creditable 2.1 steals per game.

Saving his very best for his last performance of the month, Gordon recorded an eye-popping 29 points and 16 rebounds against Prestige Homes MK Lions which was by far the best display of any player during the final week of the calendar year.