One of the top performers in the BBL last season, Richie Gordon, has signed for Swiss side Lugano Tigers. 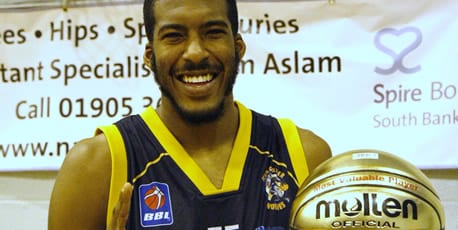 One of the top performers in the BBL last season, Richie Gordon, has signed for Swiss side Lugano Tigers.

Gordon, 22, helped Worcester Wolves reach a franchise-high third place in the BBL Championship, and coach Paul James was resigned to losing the forward or centre.

The American, who was named in the BBL Team of the Year, was offered a new deal to stay with Worcester, but now makes the move to Europe.

James had said: “He was able to excel in the BBL and is trying to play at a higher level if he can and earn a bit more. We had a great season with him and all we can do is wish him well if he doesn’t come back.”

The Tigers have won the Swiss Ligue Nationale de Basketball for the past three seasons.