The draw for the group stages of the 2012 Olympic Games took place last week in Rio as GB avoided the best ranked team in the world, USA. 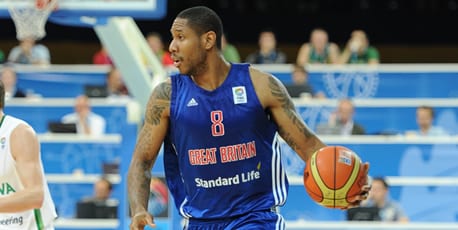 The draw for the group stages of the 2012 Olympic Games took place last week in Rio as GB avoided the best ranked team in the world, USA.

Drew Sullivan will lead a GB side in Group B involving Spain, China, Australia, Brazil and one qualifier. The other group features the thirteen time Olympic gold medalists, USA alongside France, Argentina, Tunisia and two other qualifiers.

The United States have been dealt an early blow ahead of the tournament after it was announced Chicago Bulls star, Derrick Rose will be sidelined along with Chauncey Billups and Dwight Howard. While Rose is set to miss out, his NBA team-mate, Luol Deng will aim to take centre stage for the host nation come July and August having being named in an initial 21 man squad.

Great Britain will find out there remaining Group B opponent following the results of the FIBA World Olympic Qualifying tournament, which takes place in Venezuela at the beginning of July featuring the likes of Russia and Lithuania.

This will be only the second time GB have competed in the Olympic Basketball tournament with their sole appearance coming in 1948. They hosted the event that year as well but failed to record a single victory with the class of 2012 hoping to create history this summer.