No sooner had Newcastle Eagles welcomed back the sidelined Charles Smith, they now lose point guard Paul Gause for a fortnight. 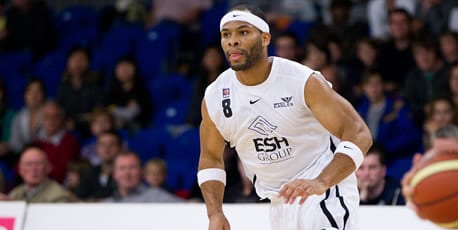 No sooner had Newcastle Eagles welcomed back the sidelined Charles Smith, they now lose point guard Paul Gause for a fortnight.

Despite their injury woe, however, Fab Flournoy’s men are the team to beat in the BBL this season, having won four from four in the championship so far.

Gause, 25, sat out Friday’s win over MK Lions with a calf tear, which will keep him out for two weeks, ruling him out of the crunch BBL Cup tie against Glasgow.

Flournoy is hopeful, however, that Gause will be back to face Cheshire Jets on November 20.

Flournoy told the local press: “There is a lot of swelling there which has obviously prevented a more thorough diagnosis, but it looks like two to three weeks at the moment – which obviously makes him very doubtful for Friday.

“I was with him over the weekend and his mobility has improved. He’s off the crutches that he was on at the end of last week, which is encouraging, but we wouldn’t risk him unless he was fully recovered.”

A New Jersey native, Gause joined the Eagles in the summer following a season with USC Freiburg in the German Pro A league.