Garbelotto – Plymouth have best roster in the BBL

Mersey coach Tony Garbelotto says BBL Cup finalists Plymouth have the strongest team in the BBL, as he prepares to take his Tigers to face them on December 28th. 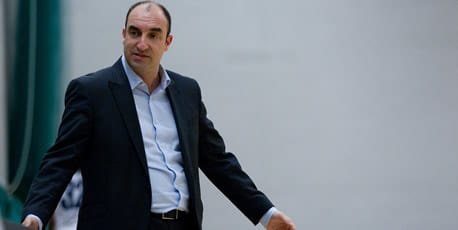 Mersey coach Tony Garbelotto says BBL Cup finalists Plymouth have the strongest team in the BBL, as he prepares to take his Tigers to face them on December 28th.

The Raiders have been in impressive form over recent weeks, and as well as setting up next month’s Cup final against Newcastle, have reached the last four of the BBL Trophy.

Garbelotto is no stranger to a strong roster, having led an impressive Mersey line-up to a treble last season.

He said: “This team is primed to contend for every honour. It is a credit to the Raiders organisation that they are willing to invest in the very best players at ever position. Gavin has the best roster of any team in this league – period. At present, I only see Newcastle having the fire power and defensive intensity to stop them, I may be proved wrong but at the moment I feel that they have put quite a lot of distance between both of them and the chasing pack.

“Jeremy Bell is filling up the box score but I feel that they have threats all over the court. They have arguably the best frontline – Williams, Rowe, Colbert and shooters – James and Ojo. It is a tough combination.”

Garbelotto will be hoping his side can bounce back from last Friday’s home defeat to Guildford, which was the Heat’s first win in all competitions this season.