Mersey Tigers get their league campaign underway on Friday when they entertain Glasgow Rocks at Knowsley Leisure and Culture Park. 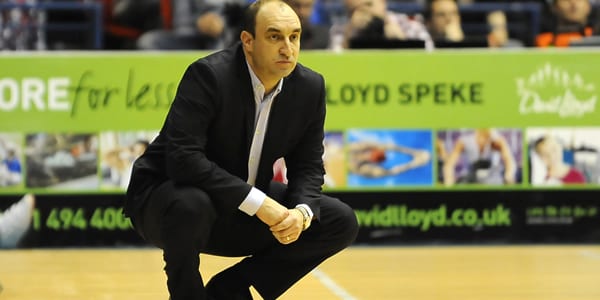 Mersey Tigers get their league campaign underway on Friday when they entertain Glasgow Rocks at Knowsley Leisure and Culture Park.

The Tigers endured a mixed BBL Trophy campaign, following up a thumping at Sheffield with a win at Cheshire Jets, before losing the return match against the Sharks after over time. Last weekend, the Jets returned the favour with a comfortable victory on the Tigers patch.

It marks the start of coach Tony Garbelotto’s defence of the league championship, and he will be looking for a good start having already lost their hold on one of the trophies they picked up last term.

He said: “Every Sterling-coached Rocks team is extremely well prepared and executes well under pressure. They will be a test for any team in the league. Without seeing the new guys, Sterling, EJ [Harrison] and Gareth [Murray] have to be the main players. Mychal Green has had some good games early in the season.”

After a difficult summer which saw the club sign up their squad just days before the season started, Garbelotto declared he was happy with the way the Tigers schedule has shaped up so far.

He added: “I’m happy with how the schedule is for us. The Trophy was a great way for us to get ready for the league and our schedule was how it should be – just Trophy games leading into the league schedule, not interspersed like some teams.”

The last time the two sides met, Mersey won 88-50 at the ECHO Arena in one of the games that helped the Tigers secure the league title last term.