Worcester star Tommy Freeman has been named the Molten BBL Player of the Month for February. 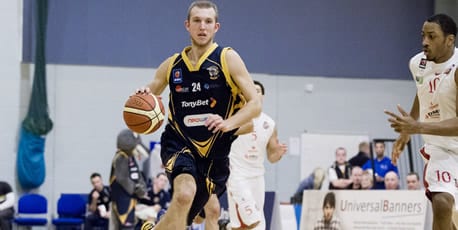 Worcester star Tommy Freeman has been named the Molten BBL Player of the Month for February.

Freeman top scored across the BBL in February, averaging 28.25 points per game as the Wolves won three of their four matches.

He also landed 40 of 40 from the free-throw line, averaging 38 minutes.

It is certainly turning out to be a very impressive rookie season in the BBL for the small forward. Indeed it’s actually also his rookie professional season having only graduated from Ohio University last summer.

Freeman fought off stiff competition from the likes of Ayron Hardy, Joe Chapman and Bill Cole for the award with the trio also enjoying an exceptional month.