Leicester have signed rookie centre John Fraley ahead of the new season. 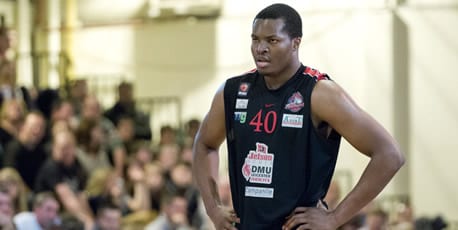 Leicester have signed rookie centre John Fraley ahead of the new season.

Fraley, 24, comes straight out of Austin Peay University, where he averaged 12 points and 9 rebounds per game in his senior year.

Coach Rob Paternostro said: “We are looking forward to working with John, he is a guy that is very talented and has shown that by performing very well at university in the tough Ohio Valley Conference.”

“He has proven himself to be an exceptional rebounder and has been very productive finisher on the offensive end.

“What was nice about John’s college career at Austin Peay University was how he improved each year and we believe that this will only continue throughout his professional career.

“He is a guy that has a bright future in professional basketball and we are happy to get the opportunity to work with him to develop his game.”

The club has also confirmed that last year’s centre, Brett Royster, has not been offered a new deal.