Elderkin – Win was what mattered

Durham head coach Dave Elderkin was a happy man as the Wildcats picked up their first ever BBL win, over the Cheshire Jets at the weekend. 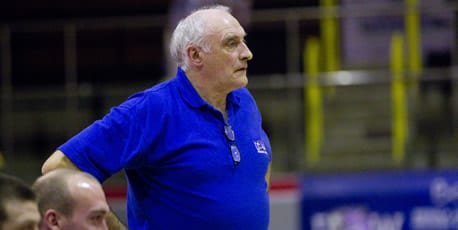 Durham head coach Dave Elderkin was a happy man as the Wildcats picked up their first ever BBL win, over the Cheshire Jets at the weekend.

The Wildcats built up a healthy first half lead before allowing their North West opponents back in the match, but they were able to stand firm and get some Championship points on the bird in their first league outing.

Elderkin said: “It was a game of two halves but it was the win that mattered.

“Our first half was great and part of the reason for it was that we shot 60 per cent from the three point line, and we only had three turnovers for the half.

“Our defence started to find their rhythm and it really showed in the second period.

“We were complacent when we came out after the break, and credit to the Jets because they made it really hard for us.

“But what was good was that we switched back on and closed out a tough game.”

The Wildcats, who next play Worcester away on Saturday, had lost four games in the BBL Trophy plus last week’s defeat to Plymouth in the BBL Cup.