Financial problems continue to cloud Mersey Tigers, with players still owed money from the end of the season. 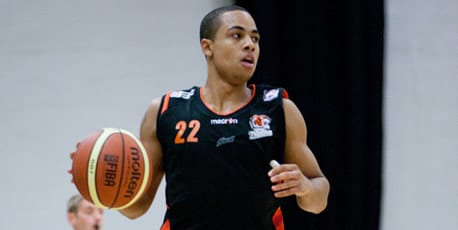 Financial problems continue to cloud Mersey Tigers, with players still owed money from the end of the season.

The Tigers nearly went out of business last summer, owing thousands of pounds to their treble winning team of 2010/11, and the debt ultimately saw them lose all but one (David Aliu) of their side.

It left captain Drew Sullivan with no option to walk out on his contract to join Leicester, and while coach Tony Garbelotto saw out the remaining year of his deal, he immediately left to move to Germany when it expired this summer.

Devan Bailey took to Twitter to share his frustrations: “Do you know when you will be paying the players for the last 2 months of the season?!”

Bailey, 23, played 32 games for the Tigers as they failed to reach the play-offs last season, the first championship winning team to do so. He averaged 33.3 minutes and 9.4 points per game.

Myles Hesson, who was this week called up to the Great Britain training camp in Houston, has also previously used Twitter to express his annoyance at the Tigers organisation.

The Tigers are believed to be in talks over a possible move back in to the heart of Liverpool ahead of the 2012/13 season, having played the past 12 months at Knowsley Leisure and Culture Park.

Only captain David Aliu is currently under contract for the new campaign, and the club remains without a head coach.