Could Team Solent Kestrels step up and join the BBL? 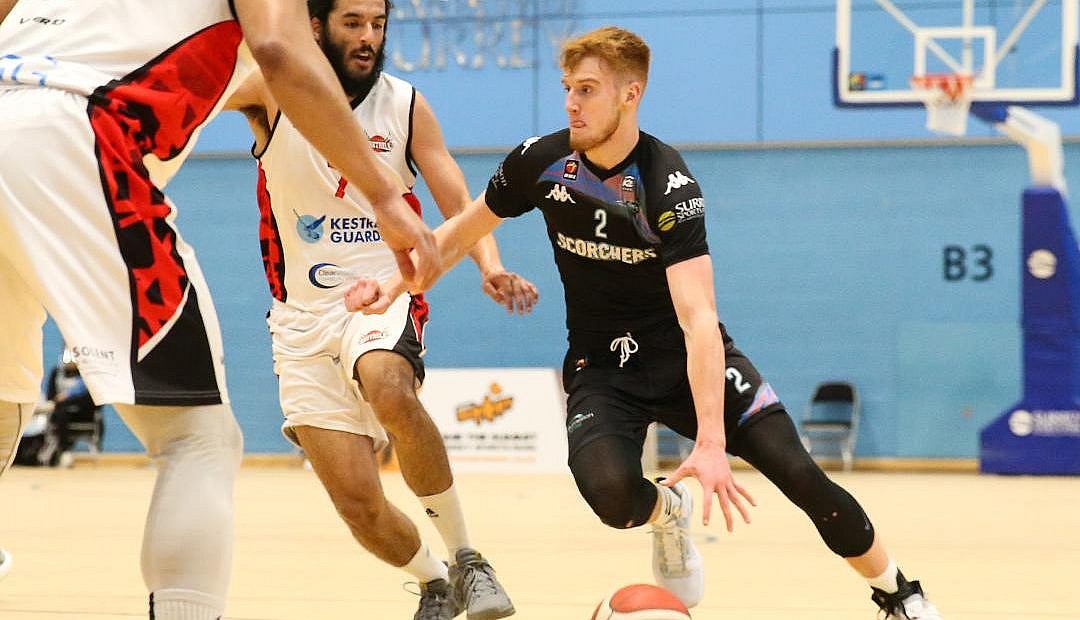 The likes of Cam Hildreth (Surrey Scorchers), Johde Campbell (Sheffield Sharks) and Elvisi Dusha (Plymouth Raiders) all played basketball last year in the NBL before coming to play in the UK’s most elite league, while Hildreth’s performances with Worthing Thunder caught the eye of a number of US colleges – including NCAA D1 team Wake Forest Demon Deacons, where he will be playing next season.

Tonight’s @robinsonbuckley Play of The Game is an end of quarter buzzer beater from who else…@camhil06 😍#OneGoal 🔥 pic.twitter.com/8csOpEmFov

However, there is one team that has truly proved that they belong with the most elite teams the UK has to offer, and that is Team Solent Kestrels – who have put together a remarkable 50-0-win streak while in the NBL.

The Kestrels’ captain, Elliot Dadds, admitted he wasn’t completely aware of the achievement until after the game while speaking to Planet Basketball.

“It feels great,” said Dadds. “It wasn’t something I knew we achieved until I saw a post after, so it was good to find out.

Many in the British Basketball community are now calling for an expansion in the BBL for the 2021-22 season, to include at least Team Solent, and Dadds confirmed that playing with the Kestrels at the highest level was something he would be very excited about.

“It’s definitely something that would be amazing if it were to happen and it would be a lot of fun to see how we would do in that league,” said Dadds.

“I just think it would be great to have another team in there adding more competition and fixtures for the league. There’s also no team really near the area that is in the league.

“I’m not sure how the opportunity would rise as I don’t really know the ins and outs of it all but I’m sure there are a lot of things that would need to still be put together before it can be a possibility.”

Kestrels forward Travis Charles has been with the team since the start of the 2018-19 season and has gone from strength to strength, dropping a season average of over 20 points in the last two seasons – while remaining on track to achieve that this season.

Last season, the Kestrels took the Newcastle Eagles into overtime in the BBL Trophy Final, and unfortunately for them they fell short at the last hurdle, losing 96-94 in a dramatic final classic.

Charles dropped 20 points in that game, showing his credentials as a big game player on the centre stage, while teammate Elliott Sentence dropped 26 points and TrayVonn Wright also contributed effectively off the bench – two performances which helped secure the moves to the BBL with Plymouth Raiders and Surrey Scorchers respectively, although injury to Wright ended his season early.

Despite losing two of their star players in the summer, the Kestrels retained the likes of Dadds and Charles as well as guard Ian Smith, who has averaged around 14 points, six rebounds and seven assists so far this season.

The quality of the basketball from the Kestrels over the last few seasons proves that they have the ability to compete in the BBL, and should they join the league, all the spotlight will be on the NBL Division One to see who will be able to take their opportunity and replace Team Solent as the dominant force in the league.