BBL MVP Joe Chapman has confirmed that he will stay on for a fourth successive season with quadruple winning Newcastle Eagles. 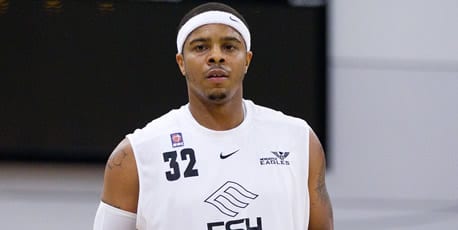 BBL MVP Joe Chapman has confirmed that he will stay on for a fourth successive season with quadruple winning Newcastle Eagles.

The Chicago born guard, who suffered a 90% Achilles tear in February 2011, remarkably came back from the season ending injury to be BBL’s second top scorer for 2011/2012 as well as scooping the much coveted Most Valuable Player award.

Chapman admitted he has a lot to thank Newcastle for; telling bbl.org.uk: “The club looked after me through a tough time with my achilles injury. I think I’ve still got a little way to go to get back to where I was and I wanted to put another strong season in with the Eagles. I’m looking forward to coming back in the new season 100% ready to go!”

With Newcastle looking to keep up their tradition of keeping together the spine of their successful teams, managing director Paul Blake couldn’t hide his delight at securing the future of a player of Chapman’s calibre: “It’s great to be announcing Joe’s return. He is one of the hardest working players on this team and to come back from the type of injury he had to win Player of the Year was a fantastic reward for the effort he put in, both on and off the court. We have a lot of work still to do to rebuild this team and repeat what we achieved in 2011-12. Joe is certainly a key building block in making it happen again.”

The Eagles, of the back of their recent quadruple-winning campagin, are looking to continue negotiations with the majority of last season’s players.