It’s a start to the New Year that the Leicester Riders could not have predicted – GB point guard, Flinder Boyd, announcing his exit from the club. 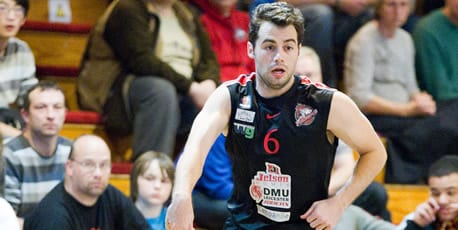 It’s a start to the New Year that the Leicester Riders could not have predicted – GB point guard, Flinder Boyd, announcing his exit from the club.

In what is a shock for many BBL fans, Boyd has taken the decision to leave the club in order to pursue interests away from basketball, something another former Rider (John Griffin) has recently chosen to do:

“Circumstances outside of basketball take precedence and both of them (Griffin and Flinder) are addressing them now but they would both be welcome if they wanted to come back,” advised Riders Head Coach Rob Paternostro.

The loss of the steady point guard has been softened with the recent signing of former Leicester Rider, Yorrick Williams, who has been without a club since leaving the Milton Keynes Lions at the end of last season. With Boyd and Williams being two very different players with different styles, there is a possibility that Paternostro will need to adapt his game plan accordingly.

“I’ve always thought of coaching as ‘you’ve always got to have an ability to change things on the fly’ and maybe we will look at things differently,” explained the Riders coach.

“Our core players are still the same here. We have a talented group that has proven over the last few months that we can make an impact in this league. We’re on our way, we feel like we still have a very good chance to win.”

Life without Flinder Boyd begins with the Leicester Riders travelling to face the Mersey Tigers on Saturday 20th January before hosting the Milton Keynes Lions on Sunday 21st January at the JSSC.