BBL on the hunt for Britain’s best dunkers

The BBL are on the look out for the best 10 dunkers in Britain, and are looking for five non-BBL players to join the competition! 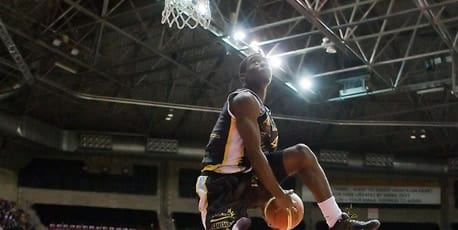 The BBL have teamed up with the MVP Magazine to hunt for the best 10 dunkers in Britain, including those not playing in the league.

They want to bring them together for an ultimate slam dunk showdown at the BBL Cup Final in January – with prize money, free basketball kit and a Trophy on the line for the champion!

The BBL want your help in their search.

Is there a ridiculous dunker at your local court? Or a freak athlete who plays in your league? Is there a guy who can 360-through-the-legs without even breaking a sweat? If so – we want to hear about him.

There will be 5 spots in the contest up for grabs for non-BBL players – so if you think you know someone who can represent, create a YouTube video (or equivalent) and email the link to slamdunk@bbl.org.uk for consideration.