Sam Chadwick provides his weekly run down on who you need to get on your BBL Fantasy League roster ahead of the weekend’s games. 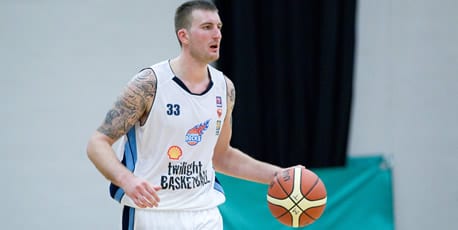 This weekend games start Saturday 12 November 2011 at 19:00 when the Worcester Wolves take on the Durham Wildcats.

Forward –Andrew Wedemire – A relatively cheap addition to any Fantasy Basketball team is Andrew, he is currently 20th overall and has contributed nearly 13 fantasy points per game, he had a poor performance last weekend with just 4 points and 5 rebounds but may be worth picking up for just 2 stars.

Forward – Mike Tuck – Mike has been consistent so far this season contribution 13.7 points per game and 10.6 rebounds his Fantasy contributions have also been solid with highs of 20 points and a low of 11, going up against the Rocks this weekend, he could potentially pull down a double-double.

Centre – Justin Dobbins – The Sharks have had a poor run recently but so far this season Justin has been a double-double machine, last weekend for him was relatively quiet, finishing with just 9 rebounds and 12 points, look for him to bounce back this weekend

Guard – Elmer (E.J) Harrison – Only 4 teams play this weekend, fortunately E.J. has consistently been one of the top performers for the Glasgow Rocks and is coming off an 18 points and 7 rebounds performance in a loss to the Cheshire Jets.

Guard – Tommy Freeman – The Worcester Wolves play the Durham Wildcats this weekend, the Wolves will look to continue their recent winning streak against a team that won its first ever BBL game last weekend, Tommy currently has a -5 Fantasy score due to 3 foul and 1 turnover weekend against the Glasgow Rocks but look for him to come back fighting this week.

Guard – Nate Rainking –Nate led the way for the Sharks last weekend despite finishing with a loss to the Raiders in the BBL Cup; he had 25 points, 3 rebounds and 6 assists. Currently in Fantasy Basketball Nate is standing at 17th overall with 57 fantasy points, in the BBL Championship he is currently averaging 21.3 points per game to go with 4.3 rebounds and 2.6 assists.

Forward – Atiba Lyons – The Sharks player-coach had a solid all-around effort last weekend finishing with 5 points, 7 assists and 5 rebounds, he also chipped in two steals on route to 14 fantasy points.

Forward – Sterling Davis – For a relatively expensive 4 stars you can lock-up Sterling Davis, he is currently contributing well for the Glasgow Rocks 9.5 points per game but has been a little in-consistent, he only had 5 fantasy points on opening night against the Wolves and just 8 points 2 weeks ago against the Mersey Tigers.

Centre – Mario Flaherty – In 1 BBL Championship game so far this season Mario has contributed 16 fantasy points with 9 points, 11 rebounds and 3 assists, unfortunately he missed a free-throw and committed 4 fouls.

Guard – Sherrad Prezzie-Blue – In their first BBL Championship game, Sherrad finished with 25 points, 5 rebounds and 2 assists but scored 21 fantasy points, he has been solid in BBL Cup & Trophy competitions so far this season.

Guard – Mike Capocci – Mike is a relatively cheap yet consistent pick-up at just 3 stars, his team the Durham Wildcats take on the Worcester Wolves this weekend after winning their first BBL game last weekend. Mike finished with 11 points, 6 assists and 5 rebounds in what was a solid all-around effort.

For this weekend, drop players from the likes of Leicester or Plymouth, both teams will not be playing this weekend and the stars can be used to purchase other players for the weekend, don’t forget just because you transfer a player this week does not mean you can’t get them back next weekend.